Build It and They Will Buy: The New World of LNG Canada 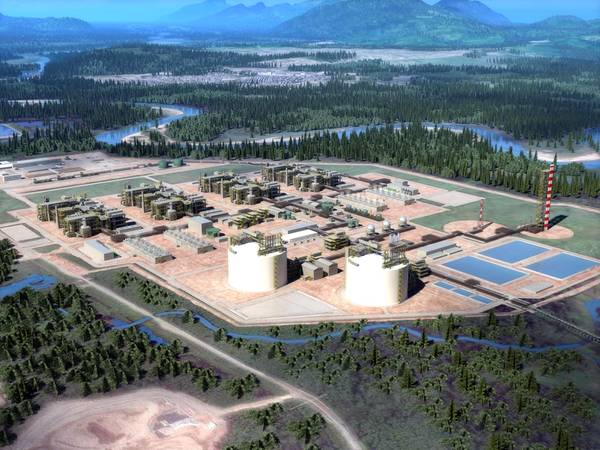 The first major liquefied natural gas (LNG) project to be approved globally in five years will be built in Canada, but its underlying philosophy appears to be more closely allied to the Australian concept of "she'll be right, mate."

The LNG Canada project was given the green light on Tuesday by Royal Dutch Shell, which is leading the $31 billion venture along with partners Petronas, Mitsubishi, PetroChina and Korea Gas.

What makes the first export plant on Canada's west coast different to the last wave of LNG projects is that it isn't underpinned by long-term sales contracts.

These agreements had been necessary in the past to provide a level of certainty to the oil and gas companies, and their financiers, that buyers existed for the output and revenues could be guaranteed.

Instead, Shell said in a statement that each of the partners in LNG Canada would be responsible for providing their share of the natural gas to be liquefied, and would also be in charge of marketing the output of the super-chilled fuel.

In the Australian lexicon, this amounts to taking a bet that everything will work out just fine, even though you currently can't really be certain of that.

There is perhaps a touch of irony in the fact that Canada's foray into LNG is taking a chance that none of the developers of the eight new LNG projects built in Australia in the past few years were able to do.

These ventures, including Shell's floating LNG project, were secured by long-term deals for much of their output, and although pricing terms remain confidential, it was usual for these agreements to be linked to the price of crude oil.

What the approval of LNG Canada shows is that the market dynamics surrounding LNG have changed dramatically since Australia, and to a lesser extent the United States, embarked on the last round of mega-projects.

Buyers have demanded an end to long-term, oil-linked contracts with restrictive destination clauses, and instead want shorter-term and spot deals that allow them to diversify sources of supply.

The rise of China to become the world's second-largest LNG importer behind Japan has also boosted this shift, as the Chinese tend to be active in the spot market at times of peak demand, most usually the northern hemisphere winter.

Other emerging buyers of LNG in Asia, such as India, are also keen on more flexible arrangements, and LNG producers have had to embrace the new dynamics, with those in the United States leading the way by offering cargoes priced against the U.S. domestic benchmark.

What the step-change in LNG did make more difficult was financing new LNG projects, which typically cost billions of dollars, take at least five years to build and have long payback periods for investors.

As LNG Canada shows, the element of risk is higher now than was the case previously.

Much of commentary surrounding LNG has been about the huge amounts of the fuel needed in the next decade to meet the energy needs of Asia, with typical forecasts for an increase in demand from the current 300 million tonnes a year to around 450 million by 2025.

Qatar, which will lose its place as the world's top exporter to Australia next year, will likely get the crown back by boosting its production by 23 million tonnes to 100 million tonnes by early next decade.

Russia's Novotek also appears close to taking a final investment decision on its almost 20-million-tonne-a-year Arctic 2 project, and there are also two ventures in east Africa that may be approved in the not too distant future.

There are also other projects in Canada, the United States and Australia that could be approved, should their backers believe the optimistic scenario for LNG.

Herein lies the real risk as the industry doesn't have a great track record of calling future demand correctly.

An expected shortage by the end of this decade prompted the massive wave of investment in Australia and the United States in the past few years, but the market view then swung 180 degrees and a surplus was expected by the early 2020s.

Now that surplus has evaporated on the back of Chinese demand growth, and once again the pundits are forecasting a significant deficit by the middle of next decade.

But as has been shown by the rise of shale gas in the United States, the death of coal in much of Europe and the ongoing declines in the cost of renewables, much can happen in the energy space in a relatively short space of time.

LNG Canada's partners are probably betting that LNG demand will grow substantially, and even if its doesn't, they will be fine because they have first-mover advantage in what may be another wave of new projects.

(The opinions expressed here are those of the author, a columnist for Reuters.)