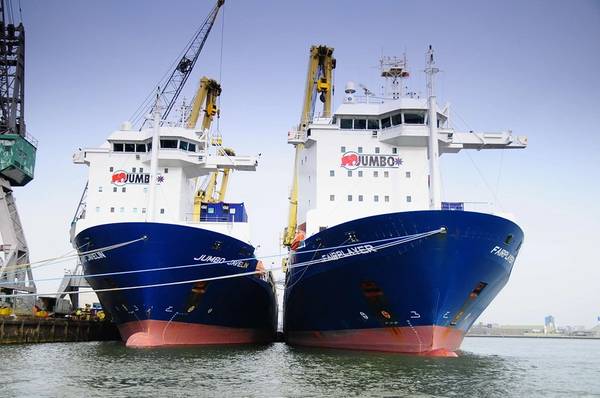 Jumbo has been awarded the transportation and Installation of a FSRU Mooring System including riser and umbilical, off the coast of Aracaju, Sergipe.

Jumbo’s Offshore division was awarded the contract by Sapura to perform the transportation and installation of the FSRU’s Mooring System as well as project management and engineering services. The mooring system comprises an anchor base and a rotating yoke arm filled with water and barite ballast.  The structures will be loaded in Batam, Indonesia, and subsequently transported and installed at the offshore site by one of our offshore Heavy Lift Cargo Vessels, Fairplayer or Jumbo Javelin. The work is expected to be completed by December 31, 2018.

Sapura Energy Do Brasil LTDA has a contract to undertake the Engineering, Procurement and Construction related to the Pipeline for UTE Porto de Sergipe 1 Combined Cycle Power Plant; the Transportation and Installation of the FSRU’s Mooring System including riser and umbilical; and finally, the Hooking-up of the FSRU/riser/umbilical. The Port of Sergipe project is Brazil’s first private-private engagement in a space previously dominated by state-owned enterprises.