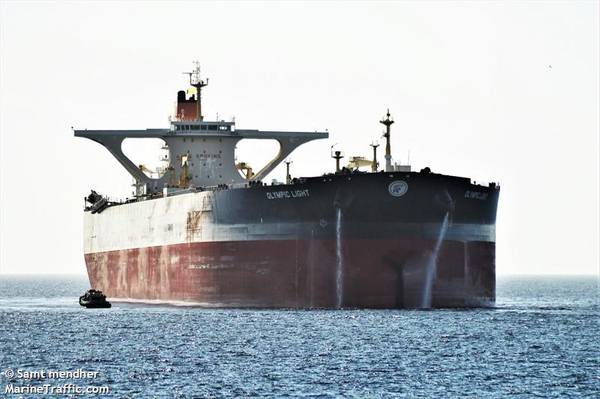 Oil major BP on Tuesday offloaded about 1 million barrels of Angolan crude from supertanker Olympic Light to an independent Chinese refiner after holding the oil at sea for about three months, people with knowledge of the discharge said on Wednesday.

The oil had been aboard one of four supertankers held up or delayed off China's east coast near Shandong since as long ago as April, unable to discharge BP's oil due to slowing buying from private refiners in the world's second-biggest economy.

All four have delayed cargoes, totaling about 4 million barrels, have now been offloaded to Shandong Qingyuan Group, one of China's largest independently run lubricant producers, according to sources.

Shippers and oil traders said it was not unusual for producers like BP to ship cargoes before finding a buyer, but having cargoes orphaned for several months was uncommon. It wasn't immediately clear who will pay the bill for the months' demurrage - charges paid by a vessel's charter to its owners for delayed operations - which shipping agents have estimated costs roughly $30,000 a day for a supertanker.

The Olympic Light discharged its cargo at Qingdao port, the people said. Last Sunday, BP discharged a similar-sized cargo at Rizhao port from another supertanker, 'Olympic Luck', to the same refiner, the people said, after holding the oil at sea for about one and half months.

The people spoke on condition of anonymity because they were not authorized to speak to media.

BP did not respond to an emailed request for comment. An official at Qingyuan reached by Reuters said she was not in a position to comment.

Qingyuan, which operates a 104,000 barrels per day refinery, is a regular customer of BP, which has expanded its crude oil marketing to Chinese independent refiners since 2015 after China opened crude oil imports to nearly 40 local plants.

The refiner has received an annual crude import quota of 4.04 million tonnes from Beijing authorities for the last two years.