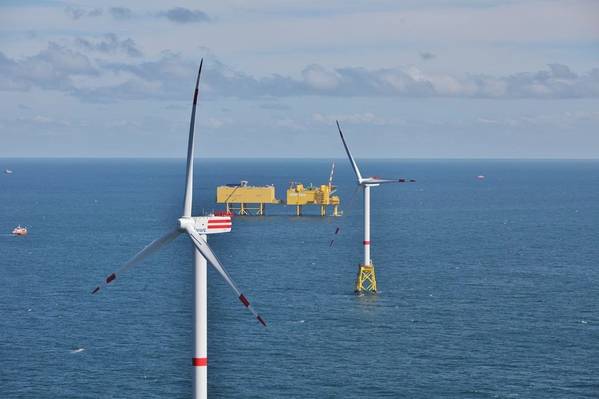 Offshore wind power plants in Germany's North Sea produced 5.15 percent more electricity from January to June than in the same period in 2017 at 8.17 terawatt hours (TWh), TenneT, the grid operator for the region, said on Thursday.

On the day of highest capacity use, TenneT said 4,431 megawatts (MW) were tapped. This is equivalent to four to five big nuclear plants, or 44.4 percent of Germany's existing nuclear reactor total.

North Sea wind accounted for 15.1 percent of total German wind production in that period, although that is not a fixed number because it depends on weather patterns.

If a contribution of 0.87 TWh from Baltic Sea wind is included, German offshore and onshore wind together amounted to 54 TWh of power in first-half 2018, supplying 17 percent of all German power.

The Dutch-German group said operators have plans to raise offshore wind capacity in the German North Sea, for which it will ready 8,032 MW of transmission capacity by the end of 2023 compared with currently operated 5,332 MW, and up to 11,000 MW by 2027, provided they obtain approval.

In time, they would be able to take advantage of spare capacity amounting to 660 megawatts (MW) of ready grid connections to onshore networks, if the government auctioned off construction permits for turbines of that size, it said.

Berlin wants to have 6,500 MW of offshore capacity by 2020, a goal that current plans will help it exceed easily.

But a long-term national goal of deriving 65 percent of power from renewables by 2030 will require more efforts, TenneT said. 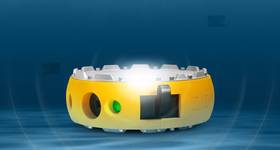