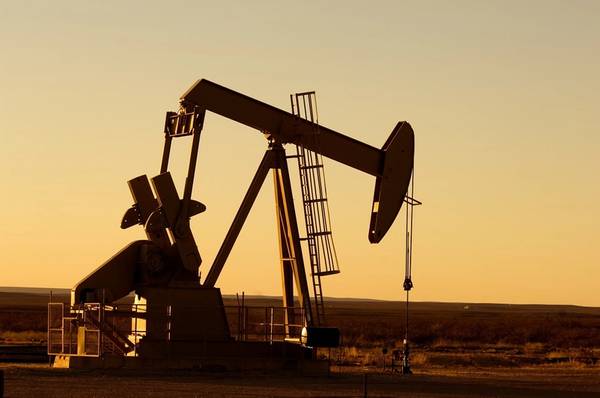 Oil prices slipped on Wednesday, hit by rising supplies in the United States and expectations that producers could relax voluntary output cuts.

The Organization of the Petroleum Exporting Countries and some non-OPEC producers, including Russia, started pumping less in 2017 to reduce a supply overhang, and prices have risen by around 60 percent over the last year.

OPEC and other producers will meet on June 22-23 in Vienna to discuss future production.

"More oil from OPEC+ is the base case," said Bjarne Schieldrop, analyst at Swedish bank SEB.

"Saudi Arabia and Russia have already started to lift production," he said. "Unofficial sources have said Russia will propose to return production back to the October 2016 (level), i.e. removing the cap altogether over a period of three months."

"The prospect of easing supply curbs from OPEC-led producers continues to be reflected in oil's overall depressed price," he said.

U.S. crude oil inventories rose by 830,000 barrels in the week to June 8, to 433.7 million, the American Petroleum Institute said on Tuesday.

Rising U.S. stocks partly reflect a surge in U.S. crude production <C-OUT-T-EIA>, which has jumped by almost a third in the last two years to a record 10.8 million barrels per day (bpd).

With output in Russia rising back above 11 million bpd in June and Saudi production climbing to more than 10 million bpd, supplies from the top three producers are increasing.

"With rising production from U.S. shale adding to oil's woes and reviving oversupply concerns, further downside could be a possibility in the short to medium term," Otunuga said.

Longer term, the market could tighten as demand increases if OPEC fails to cover supply shortfalls, the International Energy Agency said on Wednesday.

"The market will be finely balanced next year, and vulnerable to prices rising higher in the event of further disruption," the IEA said in its monthly report.

"Prices will be above $150 in less than two years," he tweeted on Wednesday.

Official U.S. production and inventory data is due to be published on Wednesday by the Energy Information Administration.

By Christopher Johnson, Additional reporting by Henning Gloystein in Singapore