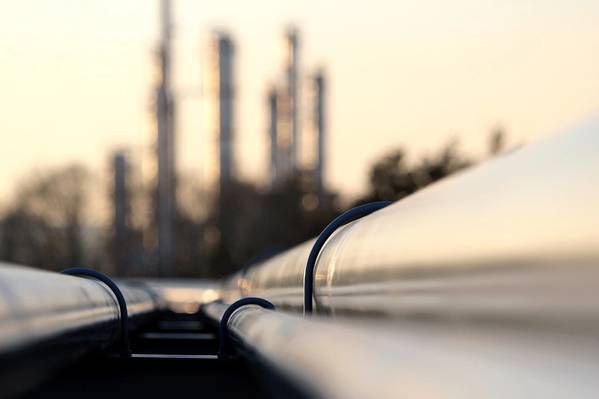 Oil production in Uganda is likely to start in 2021 at the earliest, China's CNOOC said, giving a later date than the government's 2020 target.

CNOOC, which is developing the fields in the west of the country with Britain's Tullow Oil and France’s Total , is aiming for a final investment decision this year so development can start, CNOOC spokeswoman Aminah Bukenya said.

Total, the joint operator with CNOOC, did not respond to a request for comment.

Uganda still needs to secure investment decisions for building a refinery and a pipeline for export, which need to be in place for production to begin.

Uganda's commercial oil reserves, now estimated at 6.5 billion barrels, were discovered more than 12 years ago. But rows between the government and oil firms over issues such as taxes and strategy have delayed development.

Land-locked Uganda signed a deal last year with Tanzania to jointly develop an export pipeline worth $3.55 billion to pump oil from the oilfields to the Tanzanian Indian Ocean seaport of Tanga. Construction has yet to start, although officials have laid the foundations stones.

Uganda also wants to build a refinery. A preliminary agreement was signed in April with a consortium of investors, including a subsidiary of General Electric, for the plant that is estimated to cost $3 billion to $4 billion.

In Hoima, a poor region near the western oil fields, work on levelling ground and clearing elephant grass for a new airport has started. The $625 million facility will transport personnel and some equipment to the field.

The plot for export pipeline facilities is still covered in mango trees.

The government's 2020 target for production has "for some time now seemed a bit over-ambitious", said Jacques Nel, an economist at South Africa-based NKC African Economics.

"Public investment in Uganda has been marred by delays, corruption and inefficient spending for some time now, and it is unlikely that this is about the change," he said.

Ugandan President Yoweri Museveni, 73, who has been in power for three decades and who was re-elected in 2016, has been keen to press on with the project in his bid to spur economic growth, pay down the national debt and reduce poverty.