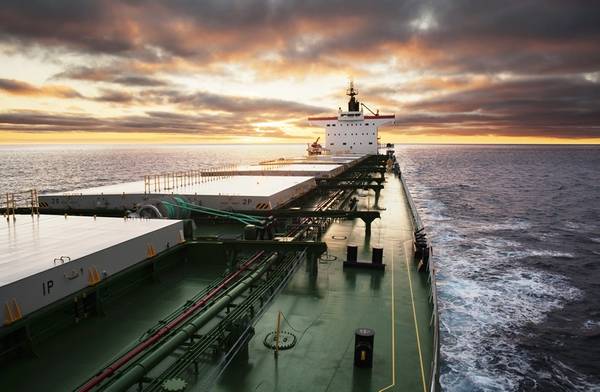 File Image (CREDIT: AdobeStock / © Lucasz Z)
In the relatively short space of the past decade the paper iron ore market has grown from virtually nothing to exceed the physical market, but now the industry is grappling with what comes next.
While the growth in iron ore futures and exchanged-cleared swaps has been impressive, iron ore is still a long way behind other commodity markets, such as crude oil and some agricultural products, where paper trade exceeds physical by large multiples.
There are two main paper markets for iron ore, the well-established Singapore Exchange (SGX) futures and swaps, and the Dalian Commodity Exchange (DCE), which up until now has largely catered for Chinese domestic investors.
The SGX is viewed largely as the professional market, used by miners, traders, finance houses and steel mills to hedge risk and to some extent discover prices.
However, the main SGX contract is financially settled against an index, in this case provided by the Steel Index, one of the established players in the market.
The absence of a physically delivered future may be viewed as a weakness of the SGX, notwithstanding the general respect the market has for the validity of the index price.
The DCE contract can be taken to physical delivery, but hardly ever is, with the bulk of the volume being day traders or short-term players, aiming to move in and out quickly to take advantage of news-driven, short-term price fluctuations.
Despite their different characteristics, the SGX and DCE contracts do track each other relatively closely, although the DCE is probably more prone to sharper movements as its participants respond more readily to news events, especially those reported in Chinese media.
The current situation is largely one where there are two separate markets serving two distinct types of participants.
But the landscape for paper iron ore appears to be reaching something of an inflection point, where the dynamics are changing and the ultimate outcome is somewhat uncertain.
CHINA'S MARKET OPENING
One of themes at the SGX Iron Ore Week event in Singapore over the past few days was that the market needs to become more diverse and more sophisticated in order to grow.
Volumes on the SGX contract are flat for the year so far, a change from the previous trend of solid year-on-year growth.
This is likely because the price of iron ore has been in a relatively narrow range between $60 and $80 a tonne for the past year, meaning producers and buyers haven't felt the need to hedge as much as they would if prices were more volatile.
But it's also likely that SGX is close to the limits of growth in the current model, and the market needs to take the next steps on the road to financialisation.
These may include launching more products, especially a contract on higher grade iron ore.
The current benchmark contract is for iron ore with a 62 percent iron content, but the increasing use of 65 percent ore by Chinese steel mills means there is potential for such a contract to gain traction.
At the other end of the quality scale, the SGX's 58 percent contract hasn't worked because of a lack of liquidity. But if there was a full suite of contracts for the various iron ore grades, it too may find volumes coming as participants see arbitrage opportunities.
The other main development is the internationalisation of the DCE, with changes earlier this month allowing non-Chinese players to participate without having to establish a Chinese-domiciled company.
This could well drive volumes on both the DCE and the SGX as participants play arbitrage opportunities, and also allow miners an outlet for physical delivery through the DCE if the pricing is favourable.
The main game is to bring more players into the market, such as hedge funds and high-frequency traders.
Access to DCE contracts may well be the key, and this in turn could result in changes in the way the SGX products are traded as well.
In some ways the SGX participants are still something of an insiders club, with trade dominated by brokers, who build business on the basis on establishing relationships with miners, steel mills, shippers and traders.
There is nothing inherently wrong with this model, but it likely places a cap on just how much the paper market can grow relative to the physical market.
It also probably acts as deterrent to attracting new participants, given they are likely to be cautious of being burned in what they see as an insiders market.
If the iron ore market does follow the path pioneered by crude oil, the brokers will eventually lose sway and be overwhelmed by the volumes being generated by new participants.

The opening up of the Chinese market to all investors may well be the spark needed to drive iron ore's financialisation to the next level.