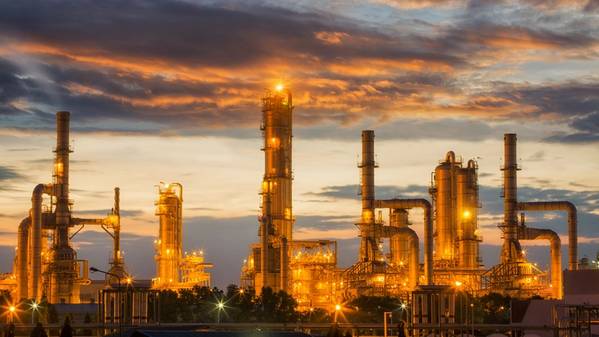 Iran is readying the first commercial exports of its West Karoun crude oil grade for May or June, two sources familiar with the matter said, even as fresh economic sanctions against the country loom.

Iran has already been shipping samples of the grade to customers since production from the West Karoun oilfields in southwest Iran nearly doubled in the past year to 300,000 barrels per day (bpd), the sources said. A new export facility allows West Karoun to be shipped directly rather than blended with other grades.

"Initial cargoes of West Karoun will be sold on a spot basis as the quality of the crude is yet to be established." said one of the two sources.

This means that buyers have no obligation to take regular amounts of the crude as they do under the long-term off-take agreements that are typical for Middle East oil sales.

Iran used to sell crude only under long-term deals before economic sanctions were imposed in 2012, but began spot sales after sanctions were lifted in 2016 to regain market share.

"Some refiners have taken the sample," the second source said, adding West Karoun is new production so Iran "needs to wait for the quality to stabilise".

Iran's effort to develop demand for West Karoun suggests Tehran hopes to sell the oil even in the face of possible new sanctions.

The United States and some European countries agreed to impose the earlier economic sanctions to halt Iran's alleged nuclear weapons program. The United States, China, Great Britain, the European Union, Russia and France agreed to lift the sanctions in return for Iran halting some nuclear activities and allowing inspections of atomic sites.

U.S. President Donald Trump has threatened to pull out of the deal by not extending sanctions waivers when they expire on May 12, unless European signatories of the accord fix what he calls its "flaws".

Trump is scheduled to announce his decision on the nuclear deal at 2 p.m. EST (1800 GMT) on May 8, four days before the waiver decision.

Uncertainty over the United States' participation in the nuclear deal has partially fueled a rally in global oil prices to over three-year highs.

The sanctions cut Iran's crude exports from a peak of 2.5 million bpd before 2012 to a little more than 1 million bpd. The country reemerged as a major oil exporter when they were removed.