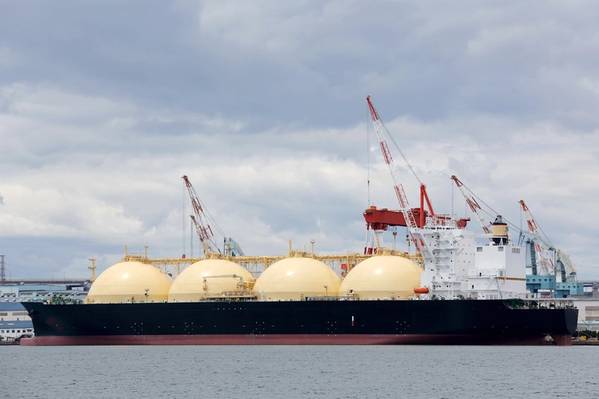 © akiyoko / Adobe Stock
Japan's biggest city gas seller Tokyo Gas Co expects that contracts for liquefied natural gas (LNG) cargoes with destination flexibility will spread from the West and Japan to be a common thing worldwide, the company's new president said.
Japan's Fair Trade Commission last June ruled that destination restrictions that prevent the reselling of contracted LNG cargoes breach competition rules. The decision is set to shake up the Asian market for the fuel in the same way as in Europe.
LNG exports from the United States are also free from destination restrictions.
"Europe has been free from destination clauses basically, while Japan also issued such a recommendation, and Asia is set to follow up," Tokyo Gas President Takashi Uchida, 61, said.
"The global trend is clearly toward lifting destination clauses. It is a buyer's market now, so we can get good conditions, and we would continue to consider taking a long-term deal if conditions were good."
While seeking to further strengthen destination flexibility in future contracts, Uchida ruled out installing capacity to re-load LNG from storage tanks for export from its four terminals because of the prohibitive cost and as the world is heading toward easing destination constraints.
In Japan, only Shizuoka Gas has the capability to re-export fuel by re-loading LNG onto ships.
"If you don't need gas, you don't need to take it and you can bring it to somewhere else," Uchida told Reuters in an interview last week. "We have no intention at all of doing that," he said, regarding the re-export capabilities.
Joint Procurement
Tokyo Gas and JERA, the world's top LNG buyer, separately renewed their expiring contracts for the fuel from Malaysia, after decades of jointly procuring gas from the country, due to a difference in procurement strategy, Uchida said.
Thanks to the buyer's market, Tokyo Gas, Japan's second-biggest buyer of LNG, renewed long-term contract for LNG from Malaysia with destination flexibility "at good terms" last month, he said.
Tokyo Gas would increase its ratio of short-term and spot LNG cargoes to long-term contracts out of a total of about 14 million tonnes it buys annually.
However, the company would not make a drastic cut in long-term LNG volumes of 50 percent by 2030 as that would be too risky, he said.
Tokyo Gas is expected to take the first delivery of LNG from the Cove Point project in the U.S. state of Maryland some time in April to June. The company has a contract to buy 1.4 million tonnes per annum of LNG for 20 years from Cove Point, its first procurement of U.S. shale gas.
The company has been arranging with Centrica to exchange a part of its Cove Point offtake with LNG that the British firm procures in Asia Pacific markets, under a location swap deal, to cut transportation costs, but the exact volumes have not been fixed, Uchida said.
(Reporting by Osamu Tsukimori; Editing by Christian Schmollinger)
Login or Register to read full story
Categories: Tankers Finance Energy LNG News