OPEC to Stick to Supply Curbs Despite Oil Rally to $71 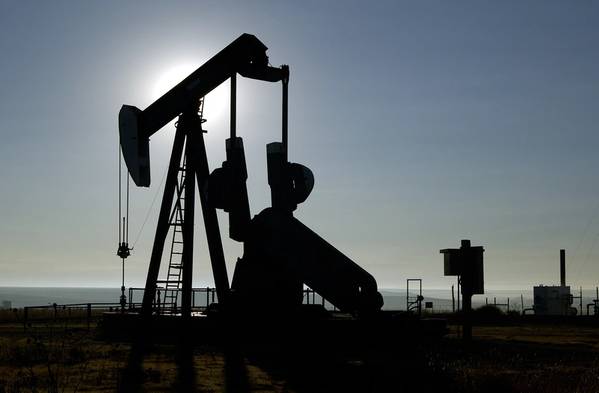 © Jim / Adobe Stock
OPEC and its allies look set to keep their deal on cutting oil supplies for the rest of 2018, five sources familiar with the issue said, although some producers are starting to worry that high prices may be giving too much stimulus to rival output.
OPEC, Russia and several other non-OPEC producers have curbed output since January 2017 to erase a global glut of crude that had built up since 2014. They have extended the pact until the end of 2018, and meet on June 22 to review policy.
The deal has boosted oil prices, which topped $71 a barrel this year for the first time since 2014. They were close to $70 on Wednesday. But it has also encouraged a flood of U.S. shale oil, fuelling a debate about how effective the curbs are.
"June will be a rollover until the meeting later in the year to make a decision for next year, depending on market conditions," an OPEC source from a major Middle East producer said, referring to the supply-cuting deal.
The source said achieving a balance between supply and demand in the second half of 2018 was "the most likely scenario, if production, demand and compliance levels stay as now."
The chance of a significant tweak to the deal being agreed in June is low, most OPEC delegates say. But some officials are privately talking about the issue, a sign that prices have risen more strongly than expected.
"The level of oil prices from now until the June meeting is going to affect the decision at that time," said a non-Gulf OPEC source, who asked not to be identified by name.
"Prices between $60 and $65 can support the continuation of the agreement for the rest of 2018," he said, referring to benchmark Brent crude. "A very high price could convince the parties to the agreement to reconsider it."
The deal has delivered an even bigger cut than called for, mainly because of a drop in Venezuelan production, where output is collasping due to an economic crisis. Compliance with the deal reached an unprecedented 138 percent in February.
Another OPEC source also raised the possibility revising the agreement in June should the market become short of oil. But four more Middle East delegates did not expect any changes.
Saudi Role
For any change to happen in June, top exporter Saudi Arabia would have to be on board, and there is no sign of that yet.
Saudi Arabia says OPEC and its allies will need to continue cooperating on supply curbs not just for the rest of 2018 but into 2019.
The producers are working on a framework for future cooperation, which they say will be discussed in June. Saudi Crown Prince Mohammed bin Salman told Reuters that Riyadh and Moscow were considering a deal to extend their alliance over many years.
Over the past year, Saudi Arabia has emerged as OPEC's leading supporter of measures to boost prices, a change from its more moderate stance in ealier years. It wants long-dated oil prices to trade at $70 a barrel.
Industry sources have linked this shift to Saudi Arabia's desire to support the valuation of state oil company Aramco <IPO-ARAM.SE>, in which the kingdom is planning to sell a minority stake.
Others in OPEC, notably Iran, have lower price aspirations, saying $70 oil benefits alternative energy providers too much.
Iranian Oil Minister Bijan Zanganeh told the Wall Street Journal in March that OPEC could agree in June to start easing the curbs in 2019. He also said OPEC should aim for oil around $60 to contain the growth of oil produced from shale.
Zanganeh later said OPEC was unlikely to agree to changes to the supply cut deal before the end of the year.
By Alex Lawler and Rania El Gamal
Login or Register to read full story
Categories: Finance Energy Fuels & Lubes Middle East