Britain Blocks Plans for New Coal Mine on Climate Grounds 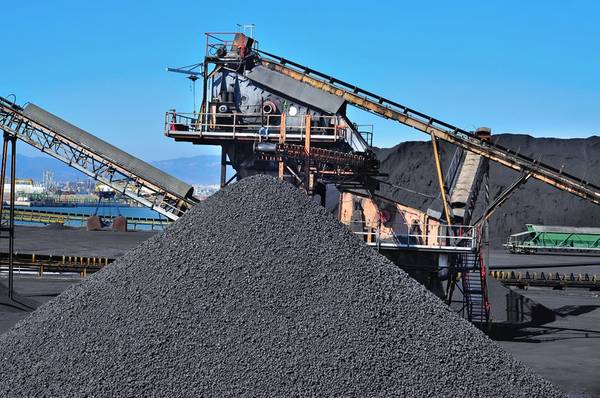 Britain has rejected plans for a new open cast coal mine in northeastern England, as it could hamper efforts to reduce greenhouse gas emissions and curb climate change, the minister for local government said on Friday.

Supporters of the project had said it could bring much needed jobs to the region, while environmental campaigners said it would go against Britain's commitment to reduce greenhouse gases.

Britain plans to phase-out coal use at its power stations by 2025 as a part of its efforts to meet its climate targets, and is part of an international alliance pushing other countries to do the same.

Northumberland County Council agreed last year that the mine's developer The Banks Group could extract 3 million tonnes of coal by cutting an open cast, or surface mine, near Druridge Bay, Highthorn.

"The scheme would have an adverse effect on greenhouse gas emissions and climate change of very substantial significance, which he gives very considerable weight in the planning balance," the government report, rejecting the application said.

Gavin Styles, managing director at the mine's developer Banks Mining, said Britain was still dependent on coal for a number of purposes and the decision had been taken for "purely political reasons."

"The importance of securing investment in North East England, creating dozens of high quality local jobs, and opening up opportunities for regional suppliers to win substantial contracts could not be any clearer," he said in an emailed statement.

The company said the project could employ 100 people and generate almost 50 million pounds ($70.43 million) in related contracts and other benefits to the community.

Styles said the company would carefully review the decision before deciding on the most appropriate next steps to take.

Environmentalists had criticised the plans, saying it would destroy an area of natural beauty and that extracting more coal is at odds with international pledges to reduce greenhouse gas emissions under the Paris climate pact.

"This is the first coal mine ever to be rejected in the UK because of climate change impacts – a vindication for everyone who has been calling for fossil fuels to be left in the ground," said Rose Dickinson, campaigner with environmental group Friends of the Earth.

Britain has a legally binding target to cut emissions of harmful greenhouse gases, such as those produced by fossil-fuel-based power plants, by 80 percent from 1990 levels by 2050,

It has also signed up to the international Paris agreement to curb emissions.