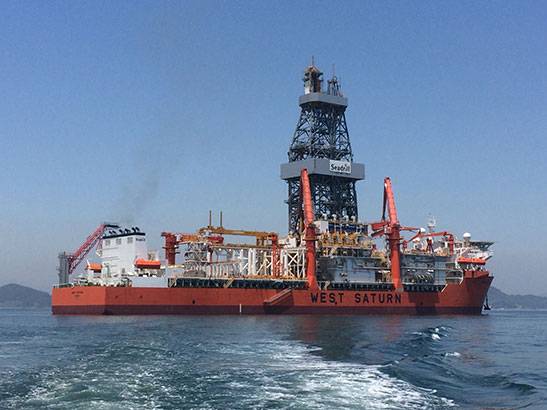 (File photo: Seadrill)
Rig firm Seadrill, which last year filed for bankruptcy protection in a U.S. court, is working towards a comprehensive deal with all its creditors that could be concluded this week, it said in a court filing late on Friday.
Once the largest drilling rig operator by market value, Oslo-listed Seadrill filed its bankruptcy case in Texas on Sept. 12 after being hit hard by cutbacks in oil company investment following a steep drop in crude prices.
The company, controlled by Norwegian-born billionaire John Fredriksen, has been working with creditors on a restructuring plan to bring in more than $1 billion in fresh funding, allow it to maintain its fleet of rigs and pay creditors and staff.
"Although not all issues are resolved at this time, discussions have coalesced around a settlement structure that, if implemented, will increase recoveries to all general unsecured creditors," the firm said in the filing.
Crucially, discussions were trying to incorporate proposals made in two alternative plans by creditors Barclays Capital and an ad hoc group of bondholders, Seadrill said.
"The parties are working to reach a final agreement on settlement terms over the next week, and the Debtors anticipate they will further update the Court on Feb. 16, 2018 regarding the status of settlement discussions," Seadrill added.
Fredriksen's proposal would give unsecured bondholders a stake of about 15 percent in the company, but would wipe out stakes of its existing shareholders. The plan submitted by the bondholders would give them a bigger stake, but the precise size was unclear.
Fredriksen's original plan is backed by 97 percent of banks, who hold about $5.7 billion in secured loans. Their approval will be needed for any amendments.
(Writing by Gwladys Fouche)
Login or Register to read full story
Categories: Legal Offshore Finance Energy News Offshore Energy