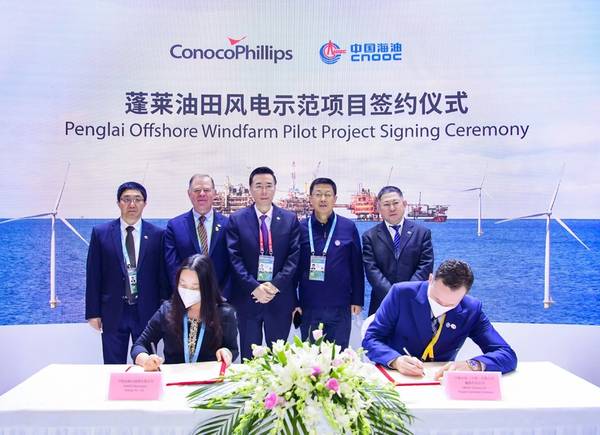 Twenty years after Penglai achieved its first oil, the oilfield is still under various phases of development as the two companies expect a long production life ahead. The newly launched windfarm project offers an optimal solution in meeting the Penglai Oilfield’s power demand, which is expected to increase year by year as development continues, ConocoPhillips said. 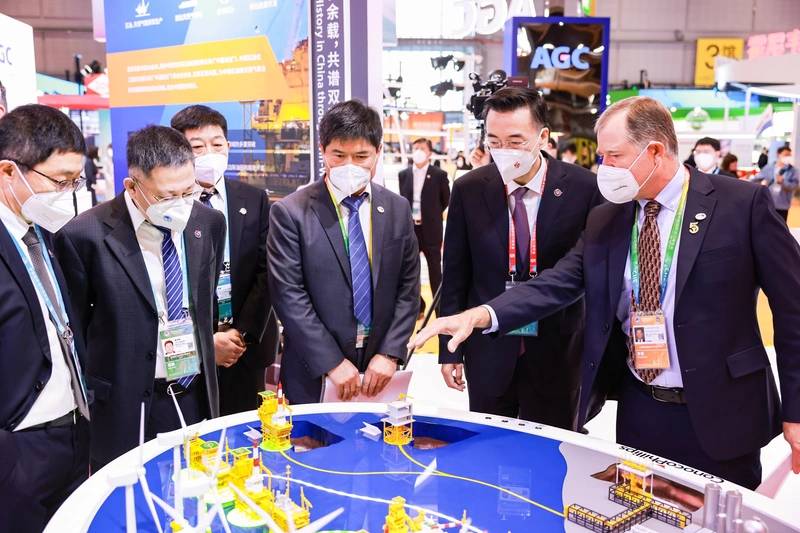 Featuring four wind turbines with a total installed capacity of 34 MW, the wind farm ties back to the existing central processing platform via subsea cables, distributing energy to the field’s power grid system.

At full capacity, the wind farm will have the potential to cover over 30% of the power needed for the Penglai Oilfield’s operations and achieve tens of thousands of tons of annual CO2 reductions, ConocoPhillips said.

“CNOOC Limited and ConocoPhillips have maintained a successful partnership over the past 40 years in upstream oil and gas. Building upon a shared commitment to sustainability, we are excited to embrace this new chapter in our relationship and expand our scope of collaboration to encompass low carbon energy development,” said Yang Yun.

In addition to offshore wind power, ConocoPhillips said that the two companies are closely evaluating opportunities in power from shore, as well as carbon capture and storage (CCS) and carbon capture, utilization, and storage (CCUS). If proven to be technically and economically viable, these low carbon energy solutions will help transform Penglai towards a net-zero offshore oilfield, in line with China’s energy, sustainable development and carbon neutrality goals, the company said.