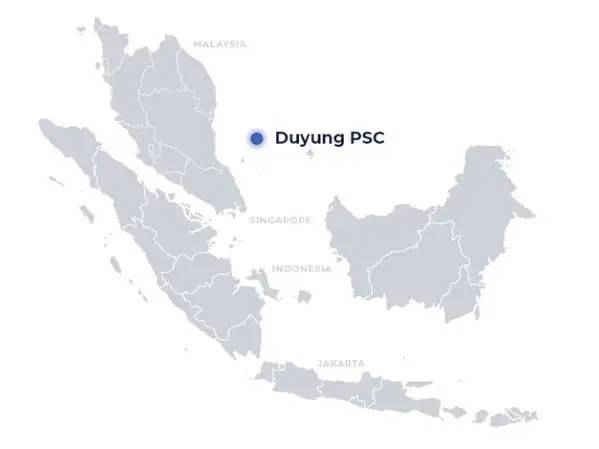 Conrad Asia Energy Ltd said Monday that it had received written approval from the Indonesian Minister of Energy and Mineral Resources for the Plan of Development (POD) Revision for the Mako offshore gas field, dubbed "currently the largest undeveloped gas field in South Natuna Sea."

Conrad said that the approved POD reflects an 458% increase in Contingent Resources following a successful 2019 drilling campaign and amends the initial POD which was approved in 2018.

The revised POD is based on field Contingent Resources of 297 billion cubic feet and daily production of 120 mmscfd.

At present, Conrad said, there is no infrastructure to transmit gas from the Mako field to domestic markets in Indonesia, and hence the POD approves the export of production to Singapore which is already connected to the West Natuna Gas Transportation System, until and unless such evacuation routes to Indonesia are built, at which point up to 25% of production may be allocated for domestic sale.

The existing underutilized gas pipeline to Singapore expedites the development of Mako where Conrad expects to start producing gas during 2025.

Conrad holds a 76.5% Participating Interest in the Duyung PSC containing the Mako field, along with Coro Energy which holds a 15% stake, and Empyrean Energy, with an 8.5% stake.

Conrad Managing Director and Chief Executive Officer, Miltos Xynogalas, said the PDO approval represented "a significant milestone for the Indonesian government’s objectives for its people in the exploitation of the nation’s natural resources, with the Mako project enhancing Indonesia’s stated goal of doubling its gas production by 2030."

Xynogala said that the next key milestone in the development of Mako is the finalization of a gas sales agreement, with a buyer (or buyers) in Singapore.

"With recoverable gas volumes and daily production now formally approved within the POD Revision, we anticipate, and look forward to working with the government of Indonesia, in completing gas sales agreement negotiations at the earliest opportunity,” he said.