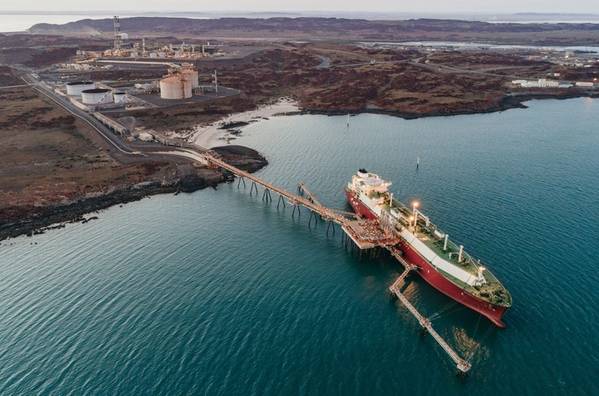 Germany's Uniper is prepared to swap liquefied natural gas (LNG) it gets from Australia's Woodside or U.S. gas, so it can boost supplies in Europe more quickly during the coming winter, it said.

The strategy reflects efforts by companies and governments across Europe to seek alternative lines of supply and draw up contingency plans for the winter gas season, fearing Moscow could fully stop supplies of natural gas.

In case of supply shortages, Uniper could make available to customers in Europe, U.S. LNG that was earmarked for Asian customers and could be sitting in the Atlantic, speeding up potential supply.

"Uniper does its utmost to bring in additional or redirect existing cargoes to Germany. The volumes from Australia could be swapped against volumes originating in the U.S. and currently in the Atlantic and destined for Asian buyers in China, India and Japan," a spokesperson for the company said.

"We may make use of that facility in the coming winter, in case the volumes were needed for Europe," the spokesperson said, declining to give details of timings and volumes.

Uniper, which has a big wholesale energy trading floor with global reach, said it has contacts with buyers in Asia to potentially free up supplies, replacing them with gas it gets from Woodside under long-term supply contracts.

"By swapping its Australian cargoes for U.S.-sourced supplies, Uniper would cut its delivery voyages down by at least 10 days," said Tamir Druz, managing director at Capra Energy, an LNG consultancy.

"Not only will this substantially reduce the shipping cost, but it will also reduce boil-off/heel and, in effect allow Uniper to receive slightly, approx. 1%-2%, higher volumes," he said.

Russia since mid-June has drastically cut flows to Europe via the Nord Stream 1 pipeline and currently supplies just 20% of agreed volumes, blaming faulty and delayed equipment, while Europe says the move has been politically motivated.

Uniper, Germany's largest importer of Russian gas, and Woodside doubled an existing 13-year deal from 2021 to 1 million tonnes per annum (mtpa) of LNG. It is due to further increase to 2 million mtpa from 2026.

Apart from helping to meet soaring demand for LNG to replace Russian pipeline gas in an energy supply crisis, Uniper's plan would have the environmentally beneficial side effects of avoiding distances that needed to be travelled by LNG vessels, the spokesperson said.

Germany is desperate to find alternatives to gas from Russia, its main supplier, and has approached Qatar as a potential supplier, but sources have told Reuters that talks between the two parties have hit snags.

Uniper's larger peer RWE on Thursday said it was talking to a number of potential LNG suppliers, not just Qatar and North America, as the group widens its net for potential deals.