EXPLAINER: How Can Japan Secure Enough Gas if Sakhalin Supply Is Cut 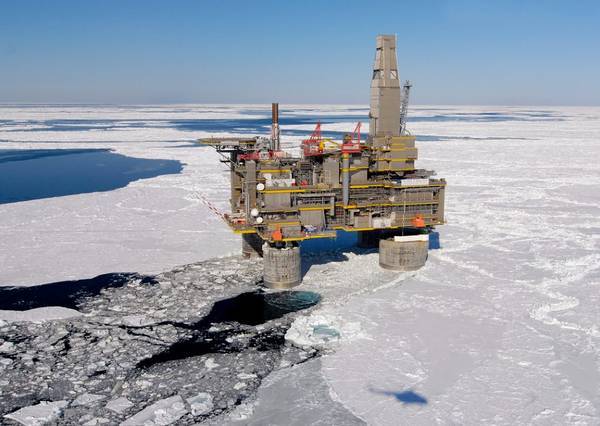 Resource-poor Japan is facing a historic energy security risk as tensions with Moscow intensify, heightening the threat of gas supply disruptions at a time when global supply is tight and spot prices are sky-high.

Last week, Russia seized full control of the Sakhalin-2 gas and oil project in its far east, in which Shell and Japanese investors hold just under 50%.

Although Moscow said it saw no reason for Sakhalin-2 deliveries to stop, the move threatens to unsettle an already tight LNG market. Japan imports 10% of its LNG each year from Russia, mainly under long-term contract from Sakhalin-2.

Aligned with the Group of Seven's sweeping economic sanctions on Moscow for its invasion of Ukraine, Japan has decided to reduce its reliance on Russian energy, namely oil and coal, but it continues to buy liquefied natural gas (LNG) amid soaring spot prices as Europe seeks to maximize LNG imports.

What Options Does Japan Have To Quickly Secure Alternatives?

LNG accounts for 24% of Japan's primary energy mix and 39% of its electricity mix.

Japan, the world's second-biggest LNG buyer after China, imported 74.32 million tonnes of the super-chilled fuel in 2021, including 6.57 million tonnes from Russia, its fifth-biggest supplier of the fuel.

In case of a disruption of Sakhalin LNG, Japan's options to secure alternative supplies are limited, analysts say.

For the short-term, electric utilities and city gas suppliers who buy about 80% of LNG through long-term contracts, will ask their suppliers for extra volumes and scramble for spot cargoes, said Hiroshi Hashimoto, the head of gas group at the Institute of Energy Economics, Japan (IEEJ).

Buyers can exercise a contract clause, known as Upward Quality Tolerance (UQT), which is typically a flexibility embedded in long-term contracts where buyers are able to request for about 5% to 10% extra volumes.

Japan has asked U.S. and Australia for alternative supplies to help it reduce its reliance on Russian energy, the industry minister Koichi Hagiuda has said.

But any near-term increase in supply from the two countries will be limited, said Lucy Cullen, principal analyst at Wood Mackenzie, noting European buyers are absorbing most U.S. LNG volume while Australian producers are contending with a domestic winter energy crisis.

"It won't be easy, but it will be possible to replace Russian LNG, though it will cost a lot more money as spot prices are much more expensive than the term supplies from Sakhalin-2," IEEJ's Hashimoto said.

Japanese buyers paid $12.15 per million British thermal units (mmBtu) for Russian LNG in May, below its average import price of $15.58 and an average spot cargo price for delivery to Japan of $31.1, according to state-owned Japan Oil, Gas and Metals National Corp (JOGMEC).

Asian spot LNG prices are currently trading at around $39 per mmBtu amid stronger competition with Europe, which is gearing up for possible disruption of Russian gas.

Another choice for Japan is switching to other fuels. "In the power sector, the primary alternatives are coal and nuclear," Cullen said. "At current price levels, coal is not the 'cheaper alternative' it has traditionally been. Japan is also working towards a ban on Russian coal imports creating further uncertainty for the coal balance," she said.

Nuclear offers a cheaper and less emission-intensive alternative, but a quick acceleration in restarts will be challenging as restart regulations and safety requirements remain strict, she said.

Japan's push to restart nuclear reactors, many of which were shut down after the Fukushima disaster a decade ago, could get a tailwind as the governing coalition looks set for gains in a national election on Sunday.

Additional new LNG supply, however, is limited before mid-decade, when the next wave of liquefaction projects come on stream in the U.S., Qatar and elsewhere, Cullen said.

"Japan faces one of the greatest energy security crises in its history," IEEJ's Hashimoto said.

"All possible measures to diversify energy sources must be taken, including investing in future fuels like hydrogen and ammonia, even if they are expensive now, just like Japan invested in LNG some 50 years ago."