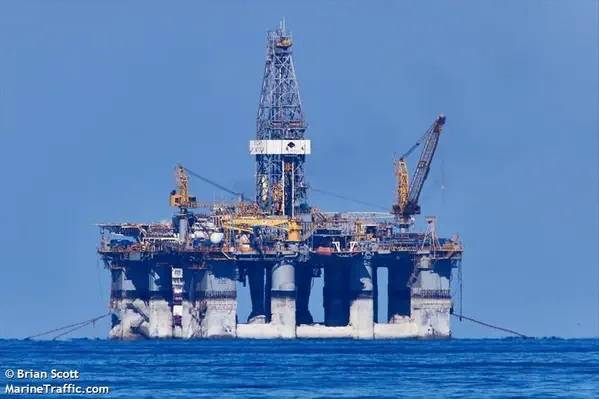 SapuraOMV has started drilling at the Kanga-1 well in the WA-412-P offshore license in Western Australia, Finder Energy, a partner in the project said Tuesday.

The well is located in the Dampier Sub-basin, around 20 km east of the Mutineer/Exeter and Fletcher/Finucane oil fields.

"Since arriving at the Kanga-1 well location, the Diamond Offshore Ocean Apex semi-submersible drilling rig has completed anchoring operations and the well was spudded. The surface hole (42” x 26”) was drilled to 228.6 mRT1 and the surface conductor was run and cemented in place," Finder Energy said.

The rig is currently drilling the intermediate 17 ½” hole section, and at 8 am Tuesday morning local time, the offshore rig drilling ahead at a depth of 350 mRT. No hydrocarbons are anticipated in this hole section.

The Kanga prospect has been described as a large robust structure with the primary objective being the Jurassic Legendre Formation reservoir sandstone which is interpreted at approximately 3,200 mRT.

"No hydrocarbons are anticipated above the 8 ½“ hole sections. In a success case, the well will be comprehensively evaluated with a wireline program which includes pressures and sampling. In all cases, once the drilling of Kanga-1 is completed the well will be plugged and abandoned in accordance with the approved drilling plans," Finder said.

The Kanga-1 well is expected to take around 25 days to reach a total depth of 3,300 meters. The Kanga Prospect has been independently reviewed by ERCE Australia Pty Ltd with estimated gross Best Case Prospective Resources of 170 mmbbl, representing over 25 mmbbl net to Finder’s 15% participating interest. The well results are expected to be announced in late May/early June.