Marubeni Cuts Exposure to Russia by Writing Down Sakhalin-1 Stake

Yuka Obayashi and Shinji Kitamura May 6, 2022 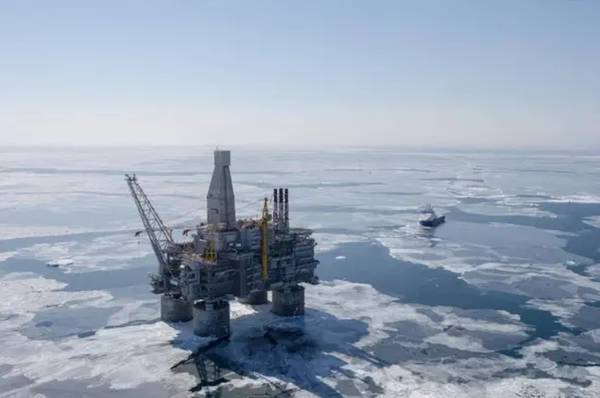 Japanese trading house Marubeni Corp said on Friday it had cut its exposure to Russia by 12.6 billion yen ($97 million) in the year just ended, mainly by writing down its stake in the country's Sakhalin-1 oil project.

Its net exposure to Russia, including long-term credit, fixed assets and investments, was reduced to 12.3 billion yen as of the end of March, from 24.9 billion yen a year earlier, the company said.

"Most of the reduction in exposure comes from the trimmed valuation of our stake in the Sakhalin Oil and Gas Development (SODECO)," Marubeni Chief Executive Officer Masumi Kakinoki told a news conference, saying it had factored in lower prices of Russian oil amid the deepening Ukraine crisis.

Marubeni owns a 12.3% stake in SODECO, a Japanese consortium that owns 30% of the Sakhalin-1 project, from which Exxon Mobil Corp is pulling out.

Marubeni will keep its stake in Sakhalin-1 in accordance with Japanese government policy, although it wants to withdraw due to the war situation, Kakinoki said.

"Russia accounts for less than 0.5% of our total overseas exposure at 2.7 trillion yen ... there will be no major hindrance even if problems occur in the full amount of our Russian exposure," he said.

Marubeni said in April it would freeze all new transactions in Russia, including those not subject to sanctions, and seek to terminate existing deals as much as possible.

Kakinoki reiterated Marubeni had no plans to invest in new energy projects in Russia.