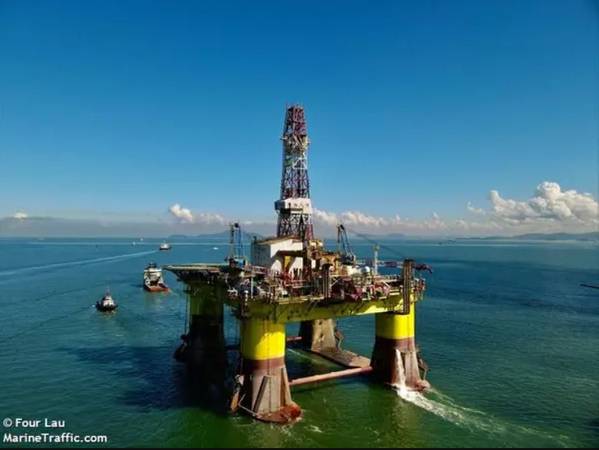 Empyrean, an oil and gas company that recently started drilling at its Jade prospect offshore China, said Tuesday that the NH9 semi-submersible drilling rig was making excellent progress at the well.

"During drilling of the 12-1/4" section, elevated methane (C1) ranging from 227 parts per million ("ppm") to 15440 ppm was recorded at the gas chromatograph during mudlogging. Negligible C2 and no C3 components were recorded. Higher values of methane (C1) ranging from 4190 ppm to 15440 ppm were recorded in the zone between 1550 meters to 1800 meters MD which was interpreted pre-drill to be a "gas cloud" zone," Empyrean said.

During the drilling of this section, EME was in regular communication with CNOOC to fully understand and cross-check the significance of elevated methane (C1) against CNOOC discovery wells.

According to Emyprean, CNOOC has confirmed comparable methane ranges in their oil discovery well LH 23-1-1d that is located 10km Southwest of the Jade prospect. LH 23-1-1d also exhibited a gas cloud on seismic data.

According to Empyrean, the elevated methane readings to date have validated the company's pre-drill interpretation of seismic data, including the presence of a gas cloud in overburden above the Jade prospect, a feature also present over the Topaz prospect.

It is also the case that two dry wells drilled by AMOCO in the 1990s on the eastern flank of Empyrean's Block 29/11 permit area did not display any gas clouds nor did they have elevated methane (C1) whilst drilling the same geological formation. Based on the latest elevated methane (C1) readings, Empyrean has upgraded its internal Geological Chance of Success ("GCoS") for the Jade prospect from 41% to 65%. It has also upgraded the GCoS for its Topaz prospect from 35% to 47%, Empyrean added.

Empyrean has said that the Jade Prospect is "a world-class" conventional oil target with a GCA audited mean in place potential of 225 MMbbl and a P10 in place upside of 395 MMbbl.

The well is being drilled using COSL's NH9 (Nanhai 9) semi-submersible drilling rig that entered service in 1988. It is capable of drilling in a water depth of up to 5300 feet (1615 meters).