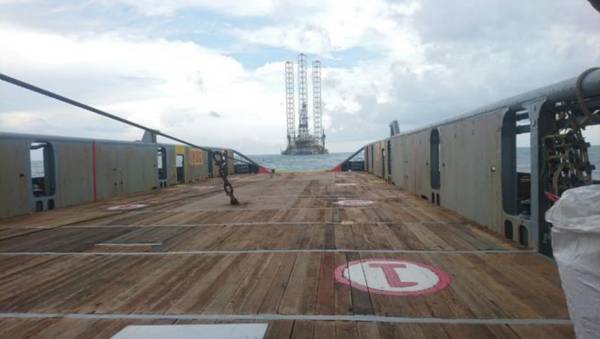 Australian oil and gas company Santos has mobilized the Noble Tom Prosser jack-up drilling rig to the Apus-1 well location offshore W. Australia, with the drilling operations set to start within a week.

The rig recently completed drilling the successful Pavo-1 well, near the Apus-1 well location, which resulted in a material oil discovery. Both Pavo, and, in case of a discovery, Apus, are seen as tie-back candidates for the proposed Dorado facility at the Dorado field.

The Dorado is one of the largest offshore oil discoveries on Australia's North Western Shelf, and Santos is working to develop it using an FPSO and a wellhead platform.

According to Carnarvon Energy, Santos' partner in the project, the company estimates a gross mean recoverable volume of 235 million barrels of liquids and 408 billion cubic feet of gas in the Caley and Milne sands within the Apus structure, with Carnarvon holding an average interest of ~25% in the target resource.

Prospective Resources are the estimated quantities of petroleum that may potentially be recovered by the application of a future development project and may relate to undiscovered accumulations. These prospective resource estimates have an associated risk of discovery and risk of

development. Further exploration and appraisal will be required to determine the existence of a significant quantity of potentially moveable hydrocarbons. 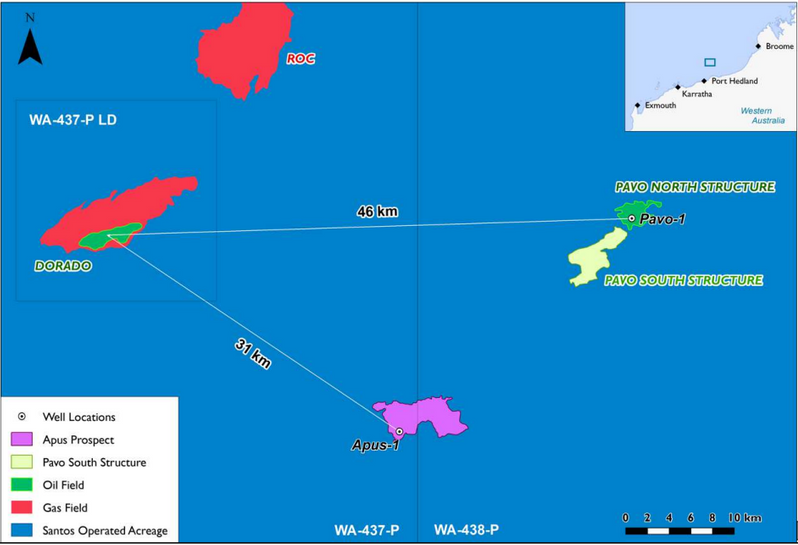 Carnarvon Managing Director and CEO, Adrian Cook, said: “The recent Pavo-1 well result was a tremendous outcome, as it delivered a substantial resource for future production and greatly strengthened our confidence in the much larger areal extent of the working petroleum system in the Bedout Sub-basin.

"Apus is one of the larger prospects within Carnarvon’s Bedout Sub-basin portfolio, which comprises around 100 known prospects. Carnarvon is looking forward to the Noble Tom Prosser drilling rig very shortly commencing the Apus-1 well. The company hopes to share results from the Apus-1 well in coming weeks, with drilling activity anticipated to take approximately a month.”

The Caley Member sands will be the first of two target reservoirs in the Apus-1 well.

The Caley Member sands flow tested at equipment limits of around 11,000 barrels of oil per day in the Dorado-3 well in 2019. They were also oil bearing in excellent reservoir sands in the Pavo-1 well. The second primary target reservoir in this well is the Milne Member sands, below the Caley. The Milne was hydrocarbon-bearing in the Dorado field.

"The learnings from Pavo-1, together with the outcomes at Dorado, bode well for Apus-1 and a very large suite of near-field prospects that are currently being investigated in detail by the joint venture," Carnarvon said.

The water depth at the Apus-1 drill site is approximately 84 meters.