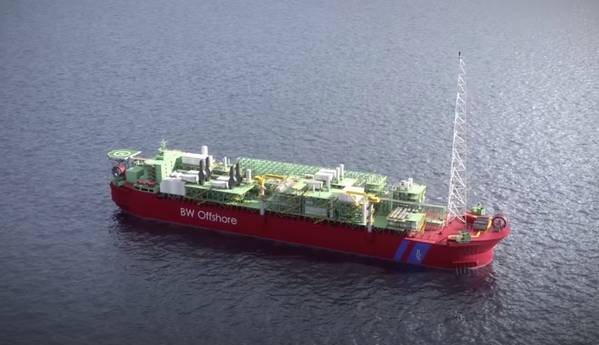 A render of the FPSO planned for Barossa - Credit: BW Offshore (Screenshot)

A group of Indigenous Australians has gone to court in South Korea seeking to block the country's export credit agencies from funding a deep-sea gas pipeline for the $3.6 billion Barossa gas project off northern Australia.

People from the Tiwi Islands and Larrakia Traditional Owners are seeking an injunction from the Seoul Central District Court to block the Export-Import Bank of Korea (KEXIM) and the Korea Trade Insurance Corp (K-Sure) from providing loans.

They say they were not properly consulted on the project and a planned pipeline will threaten turtles, dugongs, and other sea life which the islanders depend on.

"By taking the South Korean Government to court to stop this gas project, we are protecting our family and our land," Tiwi Traditional Owner Daniel Munkara, one of the plaintiffs in the case, said in a statement.

If the loans and loan guarantees potentially worth around $700 million are blocked, that could delay the project, the groups said.

K-Sure declined to comment on whether it was planning to provide finance for the Barossa project but said it "supports projects only in line with international environmental standards".

The Barossa project, due to start producing gas in 2025, calls for the construction of a roughly 260 kilometer (162-mile) pipeline that will connect offshore gas facilities to an existing pipeline that runs to Darwin.

Santos declined to comment on the legal action but said the Barossa project has all the necessary approvals in place.

"As is the case for all of our projects, we undertake consultation with all key stakeholders where they receive detailed information about the project," a Santos spokesperson said.