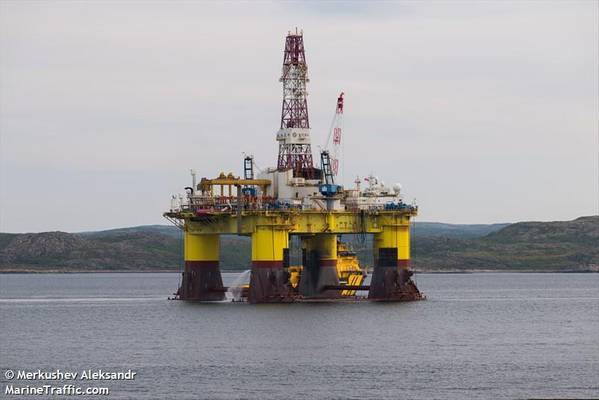 Empyrean said Friday it had secured a rig slot for the use of the COSL NH9 semi-submersible drilling for the drilling of Empyrean's Jade offshore well offshore China. Empyrean has described the Jade prospect  as "one of the most exciting wells to be drilled globally in 2022."

Empyrean is the operator of Block 29/11 in China and has 100% working interest during the exploration phase. In the event of a commercial discovery, its partner, China National Offshore Oil Company ("CNOOC"), may assume a 51% participating interest in the development and production phase.

"Empyrean has been in discussions with COSL and CNOOC to establish rig availability and a 'rig slot' to drill the Jade well now that the well site survey is complete over the Jade well location. CNOOC has the NH9 well under contract with COSL for approximately the next 12 months. CNOOC has created a slot for Empyrean to drill the Jade well in its schedule, immediately following the well-currently being drilled using NH9. The rig is anticipated to become available late March or mid-April depending on whether the current well encounters testable hydrocarbons," Empyrean said.

"Following the recently completed well site survey over the Jade drilling location, Empyrean is expecting to receive the final survey report within the next few days. It is then anticipated that the final permit to drill Jade will be applied for and received within approximately 1 week," Empyrean said Friday.

As for the NH9 drilling unit, the rig planned to be mobilized straight to the Jade well location from its current position without the need to go back to port.

From the spud date, now anticipated to be early April to mid-April, the Jade well is anticipated to take approximately 26 days to drill to Total Depth on a trouble-free basis.

"There are no overly challenging drilling zones anticipated with the Jade well design and program. If the Jade well intercepts a hydrocarbon zone, as anticipated, then testing is planned to take approximately a further 2 weeks," Empyrean said. 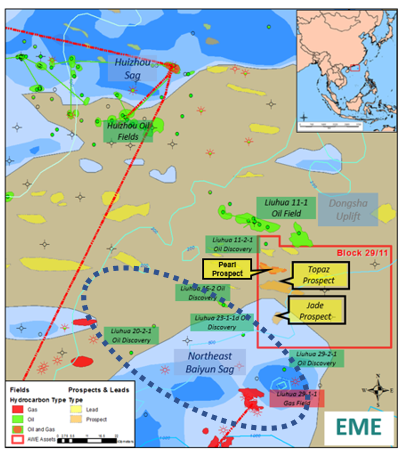 The drilling campaign is targeting a world-class conventional oil target in the Jade Prospect, to which Gaffney Cline & Associates ("GCA") assigned a Geological Chance of Success ("GCoS") of 32%. Subsequent to this independent assessment, the company completed a gas cloud study and post stack seismic inversion study that it believes further mitigates risk and increases the GCoS to 41%.

Let the drill bit do the talking

Empyrean CEO, Tom Kelly, stated: "After nearly 6 years of early-stage exploration, including modern 3D seismic and rigorous geological studies we are finally ready to drill the exciting Jade well. We are literally weeks away from testing the 225-395 mmbbl light oil target at Jade. In terms of impact - and by that I mean the potential impact a discovery, within the 225-395 mmbbl range, would have in the success case upon our current market capitalization - Jade is one of the most exciting wells to be drilled globally in 2022.

"The challenges that have been overcome in order to get to this stage and be ready to drill are many and this achievement is a credit to Empyrean's small team and a great reflection of the excellent teamwork, expertise, professionalism and cooperation carried out between the Company, its partner CNOOC, and its technical service providers CNOOC EnerTech and COSL. We are particularly appreciative of CNOOC facilitating a rig slot for Empyrean to drill Jade using the NH9 rig. Every effort and precaution is being taken to drill the Jade well safely. We now need to let the drill bit do the talking! We look forward to providing our shareholders with further updates as we get even closer to spudding the exciting Jade well."