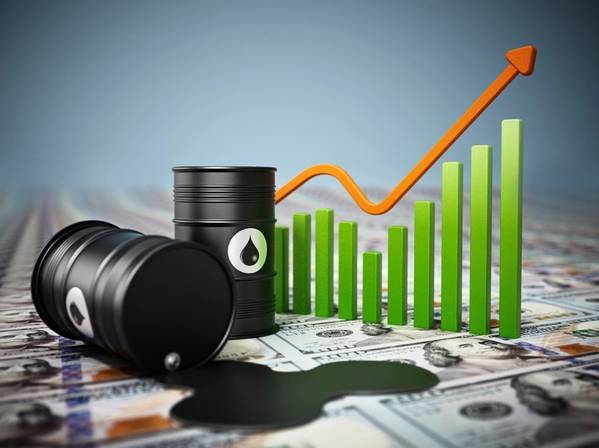 Oil prices running at their hottest level in 14 years are poised to cut post-COVID pandemic fuel demand as consumers react to surging pump and power prices by pulling back on spending and travel, top energy executives warned on Monday.

Global oil futures hit as much as $139 a barrel this week as gasoline, diesel and power prices to multi-year highs. The surges come as oil buyers shun cargoes from the world's No. 2 oil exporter, Russia, over its invasion of Ukraine, exacerbating existing shortages of oil and natural gas.

Energy executives attending the CERAWeek energy conference in Houston said prices were approaching levels that would reduce demand. And consumers, now paying 47% more than a year ago to fill up their cars, agreed.

"There's always a budget, right?" said Adam Bielawski, filling his tank at a gas station in Toronto on Monday.

"Gas is kind of a necessity, right," he added, while noting he will soon face a lengthier work commute that could require belt-tightening.

Energy price shocks could quickly "get to a point where people are going to make decisions not to use the product because they can't afford it," agreed Andy Brown, chief executive of Portuguese energy firm Galp Energia GALP.LS.

"There is a chance we get demand destruction" because of the recent price spikes affecting fuels, he told Reuters on Monday, speaking at the CERAWeek conference. Galp, an oil and gas producer moving into renewable fuels, worries the prices will undercut attention on moving to clean energy, he said.

Rises in gasoline and diesel prices were adding more pain to consumers in Europe, which have been struggling with spiralling power bills.

On Monday, the wholesale price in Spain for electricity hit 500 euros ($540) per megawatt hour, Repsol REP.MC Chief Executive Josu Jon Imaz told attendees at CERAWeek in Houston, a peak-hour record and double the level of December.

"We can't sustain this level prices," Imaz said. "We need an (energy) transition, not a destruction."

John Hess, CEO of U.S. producer Hess HES.N, called on the United States and the International Energy Agency (IEA) to coordinate the release 120 million barrels of oil, and commit to a similar release in coming weeks.

"This is an emergency," he said, lamenting that 60 million barrels already released from strategic reserves were not enough.

"The prices where they are, are not sustainable," said Tengku Taufik, CEO of Malaysia state-owned oil company Petronas.

Worries about demand destruction due to sky-high prices have emerged in recent days as disruption to Russian exports leaves the global oil market short of supplies.

The IEA, which advises nations on energy supplies and policy, last month increased its forecast for this year's oil demand on expectations for continued economic growth in the wake of the coronavirus pandemic.

But meeting that demand without Russian energy supplies is unlikely, experts warned. There is not enough spare capacity worldwide to compensate for the loss of Russian oil, OPEC Secretary General Mohammad Barkindo said.

Analysts at JP Morgan Chase & Co and Bank of America have predicted oil could hit $185 to $200 per barrel if Russia's oil exports are broadly shunned.

Britain and Canada also barred Russian vessels or oil from landing at their ports in protest at Moscow's invasion of Ukraine. Russia calls its actions in Ukraine a "special operation".

Producers can increase output if the administration approves projects that are "already in the queue but have been largely delayed", said Brigham McCown, founder of energy trade group Alliance for Innovation and Infrastructure, and the former head of Alaska's Alyeska Pipeline.

"If energy prices continue to skyrocket, we will see significant inflationary pressure that will in turn lead to potential demand destruction. I don't think that's overnight, but clearly within the next couple months, yeah, our economy is going to take a significant hit," he warned.

(Reporting by Sabrina Valle, Arathy Somasekhar and Liz Hampton in Houston and Alexander Shummer in Toronto; Editing by Kenneth Maxwell)