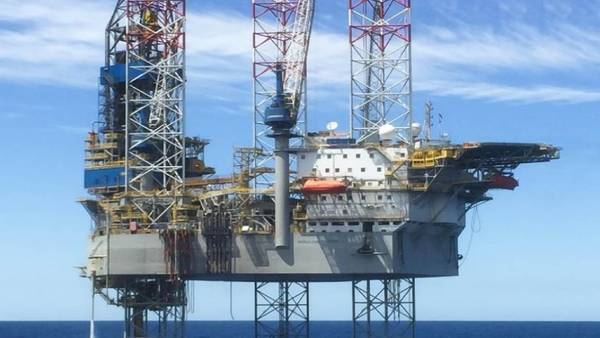 The well is being secured and the rig is being prepared for down-manning due to potential cyclone activity as a precautionary activity in accordance with industry-standard safety plans.  Once it has been deemed safe to do so, the drilling rig will be up-manned in preparation for wireline activities, The company will advise once the wireline operations have commenced," Carnarvon Energy said.

The Pavo-1, operated by Santos (70%) with Carnarvon as partner (30%) is targeting Caley reservoir sands in a similar canyon style trap to the Dorado field. The Dorado is one of the largest offshore oil discoveries on Australia's North Western Shelf, and Santos is working to develop it using an FPSO and a wellhead platform.

Spudded earlier this month, the Pavo-1 well has so far drilled down in the 8 ½” hole to around 3,282 metres Measured Depth (“MD”).

"Multiple sands have been intersected within the Caley to Crespin reservoirs, with logging while drilling tools indicating porous and permeable reservoir intervals with similarity to the Dorado reservoir. Elevated gas readings and increased resistivity were observed between 2,944 metres MD and 3,001 metres MD indicating the presence of hydrocarbons," Carnarvon said.

Carnarvon also said that, in a success case at Pavo, a tie back to the Dorado hub would be a strong option to develop the resources.