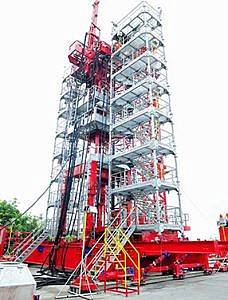 Malaysian oilfield services company Velesto Energy has, through its subsidiary Velesto Workover, received a letter of award from ExxonMobil for the provision of a hydraulic workover unit and services in Malaysia.

The duration of the contract is one year starting from the third quarter of 2022 until the completion of ExxonMobil's selected wells program.

"The value of this enabling contract with no guarantee of call-offs shall be based upon the agreed rates and work order, if any, issued by [ExxonMobil ] within the contract term," Velesto said.

For the contract, Velesto will assign its Velesto Gait 6 hydraulic workover unit with maximum pulling and snubbing capacities of 460,000 lbs and 225,000 lbs respectively, capable of rigging up on offshore platforms to perform wells workover, plugging, and abandonment operations.