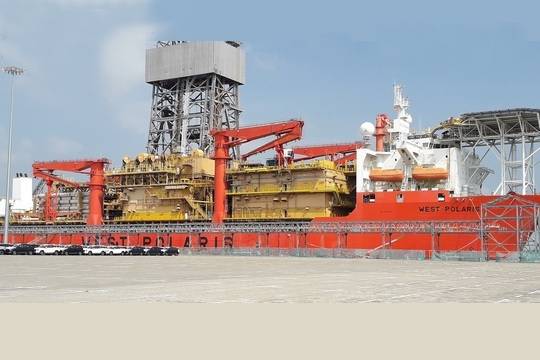 Aquadrill's Polaris drillship caught fire earlier this week at Hambantota Port in Sri Lanka. According to the port authorities, the incident happened Tuesday, and the fire was quickly extinguished.

"The Hambantota International Port Emergency Response Unit (ERU) together with the port’s Quality, Health, Safety & Environment Dept. (QHSE), and Port Control, responded to a fire that occurred on board the drillship “West Polaris," on Tuesday, 15th evening.  The ship’s crew had alerted Port Control for assistance in dousing the sudden fire that had broken out in the ship's emergency generator room," the port said in a statement.

"The ERU’s fire trucks arrived on the scene within minutes of being notified, assisting the crew to quickly contain the fire with charged fire hoses. The respective ERU teams brought the fire fully under control within 33 minutes of their arrival.  They were able to prevent serious damage to the ship, or its surrounding area," the port added. 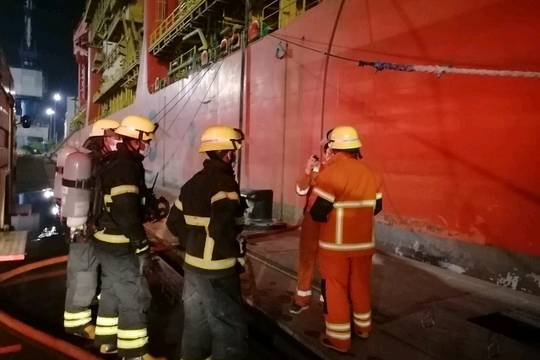 “The joint effort of this venture reflects professionalism and assurance to HIP port users and stakeholders of optimum safety and proactive response to unforeseen events related in maritime operations,” said Tissa Wickramasinghe, COO of HIPG.

The  2008-built drillship called at the Hambantota Port for a lay-up on January 11, 2021, and was at Berth 6 when the fire occurred. The ship is expected to remain in port until June 2022.

While the vessel, according to a photo - in which some parts appear blurred for an unknown reason - shared by the port, still bears the "West Polaris" name, the drillship is now actually named 'Polaris' after its owner, Seadrill Partners, rebranded and became Aquadrill. The 6th-gen drillship is managed by Vantage Drilling.

Offshore Engineer reached out to both Aquadrill and Vantage, seeking comment on the incident. The companies did not respond.

Last month, Aquadrill signed an agreement with Vantage Drilling for Vantage to manage and market its ultra-deepwater semi-submersible drilling rig Aquarius, too.

According to a statement given in January by Ihab Toma, CEO of Vantage, Vantage has, since starting to manage the Aquadrill fleet in May 2021,  assisted in the recycling and repurposing of two rigs, have contracted the Capella [drillship] with Premier and Repsol in Indonesia, "and are actively bidding the Polaris [drillship] and now the Aquarius." 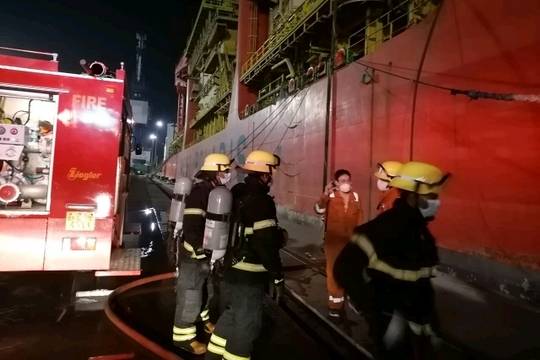