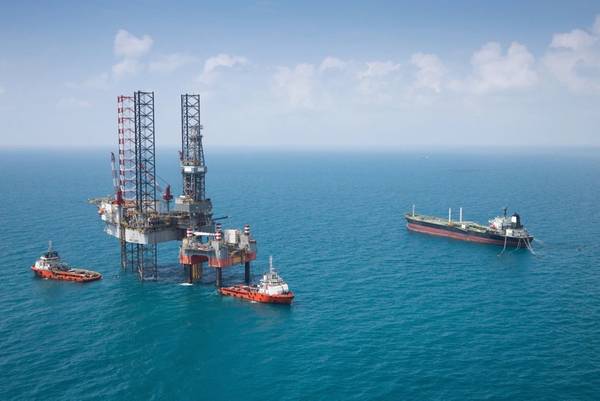 Teras Offshore, once a notorious ‘‘big boy’’ in Singapore’s offshore oil & gas market and owning a varied fleet of liftboats, jack-ups, and small AHTs, has recently been forced to close its doors for good and put an end to years of suffering and losses. On the 30th of December, the company officially announced it would be entering through a court-managed liquidation.

Ezion Holdings’ subsidiary company Teras Offshore was once a well-known trailblazer behind the use of multi-purpose self-propelled jack-up rigs (“Liftboats”) in the Southeast Asian energy markets. The company built their fleet during the peak of the offshore oil & gas market back in 2012, and like many other vessel owners in the industry at that time, had their fingers burnt.

The 2014 market downturn hit Teras Offshore hard, a potent combination of low day rates, contracts being postponed and, in some instances, cancellations and general uncertainty wasn’t conducive of successful business operations. The downturn showed no signs of relenting and Teras was forced further and further into the red. Then came Covid-19, the proverbial straw that broke the camel's back, and an already fragile owner was unable to take any more.

To circumvent its money woes, Teras Offshore began gradually selling off tonnage in an attempt to transition from a traditional offshore vessel owner into a ship management company. The change in business strategy was unsuccessful due to a lack of interest in further restructuring from creditors. Since Q4 2020, Teras Offshore has sold over 80% of its total Liftboat fleet generating USD 105 million in capital through sales. What has become of these assets? Who owns them now? Have they been successfully repurposed, and if so, what are they working on?

Renamed the QMS Conquest, the vessel is currently located in Musaffah.

Renamed the QMS Subhiya, the vessel is currently located in Ras Laffen.

On the 17th of December, the Teras Conquest 8 (336 ft blt 2017 Triyards Ho Chi Minh) was sold to JAD Construction Limited of WAF for an undisclosed price. VesselsValue’s market value the day before the sale was USD 20.78 million.

On February 7,  the Teras Conquest 1 (320 ft blt 2010 Triyards Ho Chi Minh) was sold as part of a two-year BBC with a purchase obligation to April Pearl Pte, for a maximum consideration of USD 11.5 mil. VesselsValue’s market value the day before the sale was USD 11.15 million.

The new owners April Pearl Pte are a subsidiary company of Singaporean-based JUB Pacific Pte. Ltd, a liftboat operator with a focus on the renewables space, primarily in the Asian wind farm sector. The purchase of the Teras Conquest 1 will add to the companies’ services for their clients in the offshore wind industry.

What’s left for sale and where?

Teras Offshore still has one liftboat remaining for sale. The unit has been marketed by brokers since Q4 2019, unable to attract any serious buying interest.

According to AIS, the unit is currently active, operating near the KE Oil/Gas field, located in the Java Sea, Indonesia. In August 2021 the unit was supposed to complete its contract in Indonesia. This has likely been extended with charterers and/or renegotiated.

The unit was previously marketed by brokers with an asking price of around USD 18 million.

Teras Offshore has been underperforming for a number of years, and consequently, the company is now deemed insolvent and unable to pay off its existing debt. Since 2020, the company has been in a state of retraction with a mix of bank-driven sales to remove assets from the fleet in order to release equity. We expected to see more of this activity throughout the course of 2022 as the company closes its doors. Unfortunately, Teras Offshore has met a similar fate as its Singapore compatriot owners, with a slow and agonizing bankruptcy.