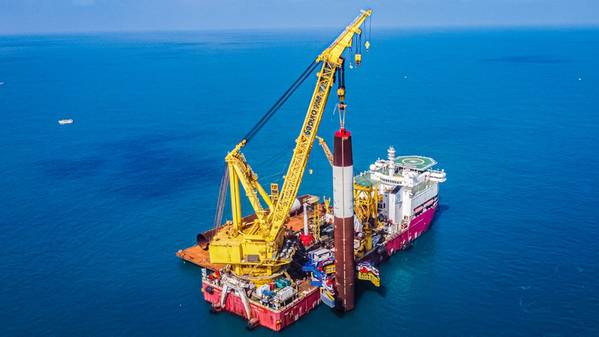 Malaysian company Sapura Energy has issued a termination notice to Yunneng Wind Power in relation to a contract for the transportation and installation of monopiles at the Yunlin offshore wind farm in Taiwan, over an alleged breach of contract.

"These changes significantly altered the basis of the contract," the company said.

“Negotiations with Yunneng to remedy the breach began in November last year,” said Sapura Energy Group CEO Anuar Taib. “Since we exhausted all avenues for an amicable solution, we made the tough decision to terminate the contract in the best interest of the Group.”

Following the termination notice, Sapura Energy said it would pursue its claims via the dispute resolution process prescribed in the contract, namely arbitration under the German Institution of Arbitration in Bremen, Germany.

According to info found on the company's website, Sapura Energy installed the first monopile at the Yunlin project in October 2020.

Located about eight kilometers off the west coast of Taiwan at Yunlin County, the offshore wind farm will have a total capacity of up to 640 megawatts.