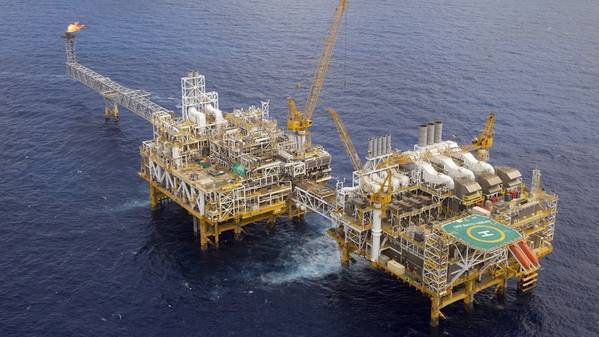 After approaching Oil Search with an offer in the middle of last year, seeking to put together a top-20 global company that could weather the transition to cleaner energy, oil and gas prices have strengthened and beefed up the value of the deal.

"The business now is going to have an extremely strong cash generative potential in these higher commodity prices," he said, adding that a lack of investment due to governments bowing to anti-fossil fuel activists meant prices would stay strong for some time.

Besides integrating Oil Search into Santos, Gallagher said he was focused on selling down its enlarged stake in the PNG LNG project in Papua New Guinea, and paring its 51% stake in the Alaska Pikka oil project.

Gallagher declined to say how much the company aimed to raise from selling down asset stakes.

Santos aims to enter front-end engineering and design work this year for its proposed carbon capture and storage (CCS) project in the depleted Bayu Undan field off East Timor, a project that Gallagher said would cost more than $1 billion.

While Santos would seek to have Bayu Undan CCS ready to accept carbon dioxide when the Barossa gas project starts producing, due in 2025, Gallagher said it was too soon to say when the CCS project would be ready.

Santos' sales revenue jumped to $1.53 billion for the quarter ended Dec. 31, including a contribution from Oil Search since Dec. 10, up from $922 million the same period a year earlier, thanks to a more than two-fold jump in average LNG prices. Annual revenue rocketed 39% to a record $4.7 billion.

Annual output was 92.1 mmboe, 3.5% higher than a year ago, in line with its own forecast, excluding Oil Search.

(Reporting by Sonali Paul in Melbourne; Additional reporting by Sameer Manekar in Bengaluru; Editing by Devika Syamnath and Uttaresh.V)