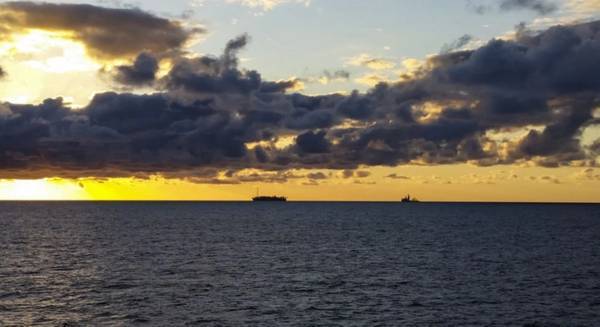 Malaysian FPSO contractor Yinson has signed a Letter of Intent with the Brazilian oil company Enauta Energia for the provision, operation, and maintenance of an FPSO at Enauta's Atlanta field in the Santos Basin, offshore Brazil.

Enauta has been producing oil from the field using the FPSO Petrojarl I as an Early Production System, and has been looking to deploy another FPSO at the field for full-field development.

The oil company and the Malaysian FPSO supplier had in August signed a Memorandum of Understanding (MoU) with Malaysia's FPSO specialist Yinson for direct and exclusive negotiation of FPSO supply contracts for the "Definitive System" of the Atlanta field, after Enauta in March launched the bidding process for an FPSO for the full development.

The bidding process considered a unit with the capacity to process 50 thousand barrels of oil per day, to which 6 to 8 producing wells will be connected, including 3 wells already in operation in the Early Production System, and the adaptation of an existing FPSO, which has not yet been deployed, OSX-2.

Enauta said Monday that the letter of intent comprised the initial activities related to detailed engineering and long lead item commitments of FPSO OSX- 2. The LoI considers the adaptation of the FPSO unit by Yinson through a Turnkey Engineering, Procurement, Construction and Installation Contract (“EPCI”), with warranty and Operation and Maintenance (“O&M”) for 24 months.

The FPSO acquisition and adaptation cost will be at around US$500 million. Before the beginning of the DS production, Yinson will have the option to purchase the unit linked to financing. If the option is exercised, it will be linked to charter, operation, and maintenance contracts for a period of 15 years, which may be extended for another five years, totaling US$2.0 billion for the 20 years.

The conditions agreed upon in the LoI will be subject to the signing of the definitive contracts, which should occur upon the Final Investment Decision (FID) in the first quarter of 2022, Enauta said.

“In our understanding with Yinson, we have continuously ensured the implementation of viable technologies for minimizing carbon emissions. We reaffirm that the adaptation of this FPSO unit will be a pioneering project in terms of avoided emissions, optimizing its operational and environmental efficiency,” said Carlos Mastrangelo, COO.

In addition to the unit, the capex related to well drilling and subsea equipment continues estimated at US$500-700 million, Enauta said.

Yinson Group Chief Executive Officer Lim Chern Yuan said: “We are confident that the great working relationship between Yinson and Enauta, which has been the foundation of our very fruitful MoU and LOI negotiations, will continue to see us through the execution of the project and its subsequent operations. We believe that this will ultimately allow both parties to reach our shared goal of advancing Brazil’s energy industry through solutions that are as sustainable as possible.”

He said: “We believe that Yinson and Enauta’s joint commitment in pioneering low-emission designs will pave the way for the FPSO industry to contribute towards mitigating the world’s climate change issues. Having successfully strengthened our resources, capacity and expertise in Brazil over the past few years, we are excited to swing into high gear in order to execute this project well and deliver on our commitments.”

The FPSO will be Yinson’s third project award in Brazil, with the earlier two awarded assets on track for completion in 2023 and 2024 respectively.