Subsea Integration Alliance, a partnership between Schlumberger and Subsea 7, has secured a contract with Australia's Woodside for the delivery of subsea pipelines and production systems for the Scarborough gas project offshore Australia.

In a statement announcing the contract with Woodside, Subsea 7 said that the partnership would be responsible for the engineering, procurement, construction, and installation (EPCI) of subsea pipelines and production systems.

The development will include 45 kilometers of rigid flowlines, six flexible flowline risers, 42 kilometers of umbilical, and eight trees, as well as associated subsea equipment, in water depths of approximately 950 meters.

The Subsea Integration Alliance team established during the initial front-end engineering and design ("FEED") phase, awarded in January 2019, will now transition into the full EPCI phase. Project management and engineering will take place in Perth, Australia, with support from Subsea 7's Global Project Centre's offices in Malaysia, UK, and France and various OneSubsea offices. Offshore activities are targeted to take place from 2023 to 2025 using Subsea 7's reel-lay and flex-lay vessels.

Subsea 7 said the contract was 'large.' The company defines a large contract as being between USD 300 million and USD 500 million. The value range refers to Subsea 7's share of the contract. 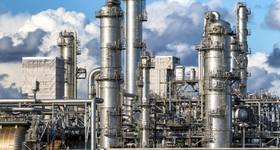