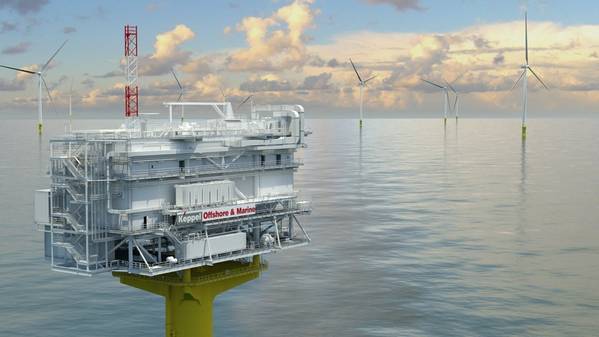 "The agreement is part of a strategic initiative to strengthen the long-term partnership of the two companies and streamline processes for future OSS projects. This follows Keppel O&M’s recent completion of its first project for Ørsted in Singapore in September 2021 – two OSS for Taiwan’s Greater Changhua 1 & 2a offshore wind farms," Keppel said.

Worth noting, just a week ago, Keppel Offshore & Marine secured a contract from an undisclosed renewable energy company to build two offshore substation topsides (OSS) worth around S$110 million (around 73,4 million U.S. dollars).

Keppel, for years referred to as offshore drilling rig builder, has been increasing its offshore wind focus, and not just in the space of offshore substations.

The company, which said earlier this year it would exit the offshore drilling rig business, is currently building the U.S. first wind turbine installation vessel, Charybdis, for Dominion Energy.

Keppel on Tuesday cited Global Wind Energy Council’s 2021 Offshore Wind Report, according to which offshore wind has the biggest growth potential of any renewable energy technology.

According to the report, 235 GW of new offshore wind capacity is forecasted to be installed over the next decade under current policies, a capacity which is seven times bigger than the current market size, and is a 15 percent increase on the previous year’s forecasts.