Florence Tan in Singapore and Heekyong Yang in Seoul November 29, 2021 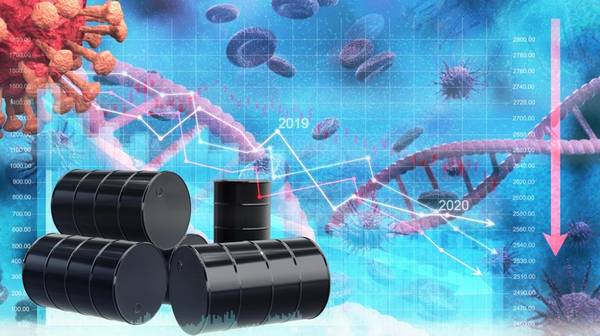 Asian oil refiners' margins have slumped to the lowest in nearly five months amid worries that the Omicron coronavirus variant could deal another blow to oil demand recovery, already hit by rising COVID-19 cases in Europe.

Governments worldwide imposed travel curbs on travelers from southern Africa during the weekend to limit the spread of Omicron, first detected in South Africa. Scientists are racing to find out whether it is more transmissible or causes more severe disease than existing variants.

It comes as refiners' margins in Asia and Europe had already taken a hit in recent weeks as many European countries reimposed coronavirus restrictions to contain surging COVID-19 cases.

The double-whammy risks derailing the global economic recovery and by extension oil demand, which the International Energy Agency expects to grow by 5.5 million barrels per day (bpd) to 96.3 million bpd in 2021.

"At a time when many travel lanes are reopening, this is a setback," said Howie Lee, an economist at Singapore’s OCBC bank.

"We need at least two weeks to figure out what impact this new variant will have on oil demand."

Oil prices plunged more than 10% on Friday - their largest daily drop since April 2020 - but had only recovered some of those losses by 0608 GMT on Monday, standing up more than 3% on the day. Analysts said the Friday sell-off had been excessive.

Singapore's complex margins, a barometer for Asian refiners' profitability, stood at $2.15 a barrel on Friday, the lowest since June 30, Refinitiv data showed.

"We are seeing drastic drops in refining margins over the past few days due to concerns over the fast-spreading Omicron coronavirus variant," said an official at a major South Korean refiner, pointing to the growing number of countries imposing travel restrictions as a result of the new variant.

"From a refinery's end, we are facing a double whammy – drops in oil prices and refining margins, which would likely worsen our profitability."

The person declined to be named because of the sensitivity of the matter.

Despite a weakening outlook for jet fuel, some analysts expect gasoline demand to stay firm for now as most governments have not yet imposed domestic curbs on movement as a result of the Omicron variant.

"Jet demand will get killed, but I think gasoline will hang in there," said a Singapore-based analyst who declined to be named due to company policy.

"Europe was already heading into lockdown so that's a wash, so it's more about (gasoline demand in the) U.S. and Asia."

In China, tight border controls may keep Omicron at bay from the world's top oil importer, while the fall in prices could benefit Chinese refiners and consumers, said an analyst from a Beijing-based consultancy.

"It's bad news for the world but good news for China as oil prices have dropped significantly," said a China-based analyst, who also declined to be named due to company policy.