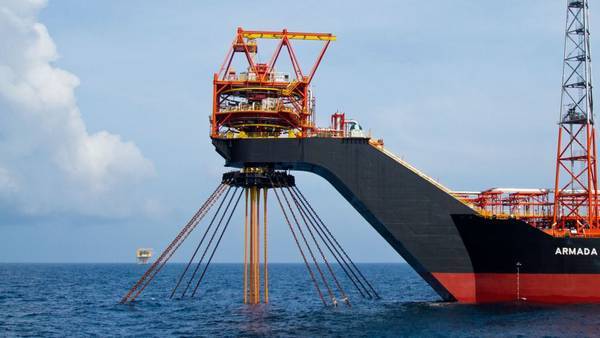 Pharos Energy plc, an oil and gas exploration and production company, with an interest in the TGT field offshore Vietnam, has completed the first phase of the infill development drilling program at the field, however, it has also experienced a setback with an FPSO compressor.

The Hoang Long Joint Operating Company (HLJOC), in which Pharos holds a share, has brought all four wells online, as part of the first phase of the infill drilling campaign. The second phase will include two more wells which are planned to be drilled in the third quarter of 2022.

According to Pharos, the initial flow of the four development wells of 8,800 bopd exceeded the predicted combined initial oil rate of 5,650 bopd by 3,150 bopd.
Also, Pharos said that well interventions and a gas lift optimization program earlier in the year resulted in an initial TGT production gain of 3,200 bopd.

The six wells with additional perforations showed a gain of 1,800 bopd, the four wells with water shut off gained 900 bopd and eight wells where demulsifier injection was applied gained 500 bopd.

Pharos said that the GTC-A compressor, one of the two compressors on the FPSO at the field, was stopped on Monday, November 15, to prevent any potential damage due to excessive temperature and vibration.

The exact cause of the problem is under investigation but will require the compressor to be airfreighted to the manufacturer in the US for inspection and repairs. It is currently anticipated that the GTC-A will be back in service by end of January 2022," Pharos said.

"Our net production guidance of 5,500 - 6,000 boepd remains unchanged and we will keep the market updated on the progress of the compressor investigation," Pharos added.