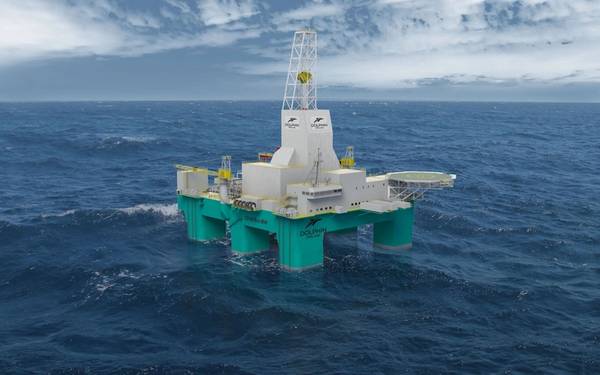 While the drilling company did not explicitly say it, it is safe to say these are the two rigs originally ordered in 2018 and 2019 by Awilco Drilling. The orders have since been canceled, and Keppel and Awilco are currently involved in arbitration cases over the order cancellations.

The rigs are designed with a green, environmental footprint in mind, incorporating the latest Kongsberg technologies as well as an MHWirth Gen3 RamRig drilling package with hybrid drivelines and power regeneration.

"These assets will deliver significant well cost savings and enhanced operational reliability while reducing the impact on the environment," Dolphin Drilling said.

In a social media post, Bjørnar Iversen, CEO of the Stavanger-based Dolphin Drilling, said: "We in Dolphin Drilling are looking forward to improve and develop the Norwegian Continental Shelf together with our customers the next decades with these new optimized 7th generation drilling assets."

The offshore drilling contractor did not share further details of the transaction, but it is not unheard of that a drilling contractor manages a shipyard-owned drilling rig without actually owning it. Such a deal was struck in 2019 between the Chinese rig builder CIMC and the Norwegian rig operator Odfjell Drilling. (Read more)

Dolphin Drilling did not say when the two KFELS Moss Maritime CS60 ECO MW semi-submersible drilling rigs may be delivered. Offshore Engineer has reached out to Dolphin Drilling for more details.

Awilco, a UK North Sea-focused driller, which owns two offshore drilling rigs built in the 1980s, had ordered the two semi-submersible drilling rigs from at $425 million apiece, with the aim of breaking into the Norwegian harsh-environment offshore drilling market. Under the original terms, the first rig had been expected to be delivered in April 2021, with the second one in March 2022.