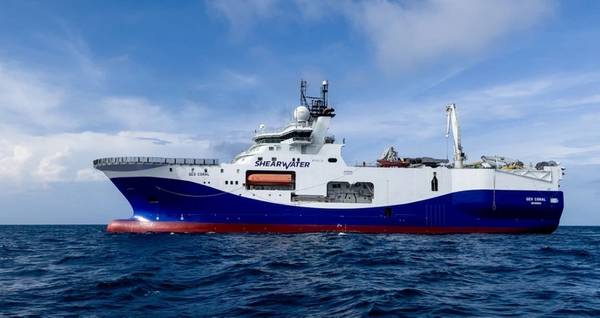 The 890 sqkm surveys will take around two months to complete.

"The survey will use an advanced multicomponent sensor streamer system enabling superior broadband data for use in exploration for natural gas reservoirs," Shearwater GeoServices said.

"Shearwater’s global fleet of seismic vessels has enabled a series of projects in  Australia, resulting in high utilization with shorter transit time between projects contributing to lower overall emissions,” said Irene Waage Basili. “We have well-established operations in Australia with a safe track record and look forward to this project for Beach Energy.”

A little less than a month ago, the Geo Coral started the acquisition of approximately 2500 km² 3D seismic data at ConocoPhillips' T/49P offshore block in the Bass Strait.

The Sequoia 3D marine seismic survey will take around 60 days to complete. ConocoPhillips Australia is the operator of the T/49P joint venture with an 80% interest and 3D Oil with 20% interest in the Permit.

Upon completion of the acquisition, processing, and interpretation of the 3D seismic survey, ConocoPhillips will high grade prospects for potential drilling.