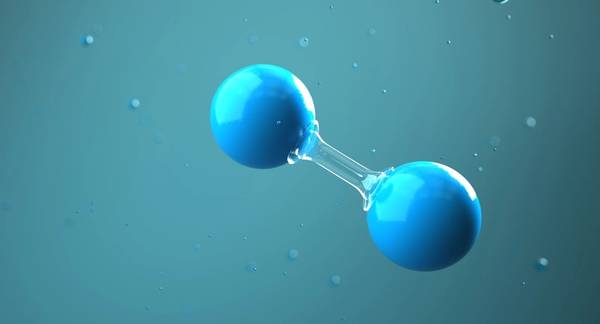 Having scaled the peak of becoming the world's top exporter of liquefied natural gas (LNG), Australia's producers of the super-chilled fuel are contemplating switching their industry around to become the global leader in hydrogen.

The keynote sessions at the Australian Petroleum Production and Exploration Association's (APPEA) conference on Tuesday were full of how the industry can, and should, embrace the challenges of climate change and move to producing the energy that can be free of carbon emissions.

The strongest call came from Kevin Gallagher, APPEA's chairman and chief executive of Australia's second-biggest oil and gas producer Santos, who told the event that unless the industry de-carbonized, it would not be able to continue to develop its resources.

"Decarbonisation, through technologies like carbon capture and storage, and hydrogen production using natural gas, is critical," he told the conference.

"Currently, hydrogen is the only obvious pathway to eliminating Scope 1, 2 and 3 emissions associated with gas production and consumption," Gallagher said, referencing the terms used to refer to the emissions a company creates by producing and transporting its products, and also the emissions from the end users.

Gallagher's call isn't the first time switching to hydrogen has been touted as a solution to the emissions created by Australia's resources industry, which is a major carbon producer given its leading LNG role and its status as the world's biggest exporter of coking coal used to make steel, and second-biggest in thermal coal used in power plants.

What's different this time is the industry is using its biggest event to talk about fundamental change, and to effectively recognize that it will die out if it doesn't embrace a decarbonized future.

Perhaps the LNG industry has seen what is happening to coal, and decided to act before it goes irretrievably down the same path.

If you went to a coal conference in Asia a decade ago you would have found an industry confident in its future, with the attitude that its product was cheaper than alternatives, reliable and that climate change was really just hocus pocus.

Fast forward to today and coal-fired generation is under threat, apart perhaps from in countries with vast domestic reserves such as China and India, new mines are struggling to get approvals and funding, and countries across Asia are cancelling their coal-fired building plans in favour of now cheaper renewables backed by power storage.

Australia's LNG industry faces much of the same pressure that was brought to bear on coal, namely difficulties in accessing capital and bank financing, shareholder revolts over climate change policies and the threat of longer-term obsolescence in a carbon-constrained future.

Hence the idea of switching to hydrogen, a fuel that doesn't produce emissions when burnt, but can produce substantial emissions in being produced, depending on how it is done.

The greenest way to produce hydrogen to is power the energy-intensive production process using electricity generated entirely from renewable sources, and some LNG producers, such as Australia's biggest oil and gas company Woodside are planning such ventures, including a project in the island state of Tasmania, which predominantly uses hydropower to generate electricity.

However, what Australia's LNG industry is talking about is producing hydrogen from natural gas, and the only way to make that with net-zero emissions is to capture and store the emissions during production, or to have carbon offsets in place.

From an engineering and skills perspective, Australia's LNG players are well placed to make the change.

There is also suitable geology, such as stable, depleted oil and gas reservoirs, to store the carbon emissions.

In some ways, the technical side of pivoting the LNG industry into a hydrogen industry is the easy part.

The difficult part is going to be securing the billions of dollars needed, of working with governments to ensure that hydrogen is actually the fuel of the future, and negotiating with customers such as Japan and South Korea to ensure that they build or adapt their energy systems to use hydrogen at the same time as the producers switch.

There is a finite amount of investment dollars in energy, and most are finding their way into renewables such as solar, wind and battery storage.

Getting those dollars back into natural gas to hydrogen won't be easy, especially for an industry that spent about $200 billion in the last decade to make Australia the world's top LNG producer, and hasn't really rewarded shareholders for their investments.

The natural gas to emissions-free hydrogen will only work if the process of storing the carbon attracts credits that can be bought and sold internationally, something that means governments and regulators need to be involved.

In short, the oil and gas industry has to win back its friends with money, and get governments and customers onside, while fighting off increasingly well-funded environmentalists campaigning for the industry to be shut down sooner rather than later.

(The opinions expressed here are those of the author, a columnist for Reuters. Editing by Barbara Lewis)