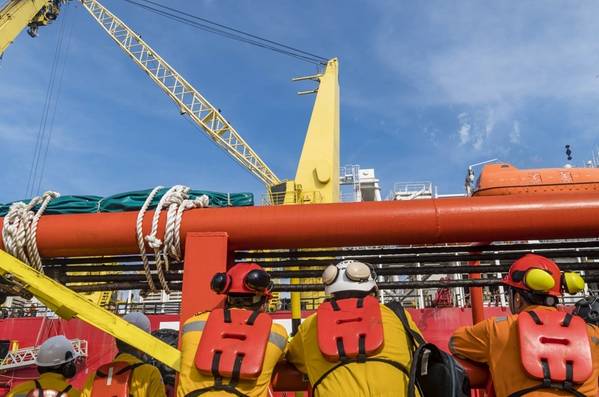 For illustration only - Offshore workers in Malaysia - Credit: wanfahmy/AdobeStock

All workers from the Naga 7 jack-up drilling rig that sunk off Sarawak earlier this week, have been safely brought to shore, Velesto, the owner of the ill-fated jack-up, said Thursday.

The rig had been preparing to start a drilling operation of a subsidiary of the U.S. oil firm ConocoPhillips when it tilted, and subsequently sank.

Velesto said Thursday that the incident had happened due to a rapid penetration into the seabed.

"Subsequently, focus remains on rescue, evacuation, and recovery efforts. The company is pleased to update that all 101 personnel on-board have been transferred safely to Miri, Sarawak," Velesto, formerly known as UMW, said.

The Malaysian offshore drilling firm also said it was not yet able to estimate the incident's overall financial impact on the group, but added it expected it to be mitigated as the rig is adequately insured.

Apart from the Naga 7, Velesto said that other businesses of the group were operating as usual, including the other six (6) rigs in the fleet,"

"The company is working closely with the client and insurers; and providing full cooperation to the relevant authorities," Velesto said.

To remind, Velesto late in March announced it had secured a drilling contract for the rig with ConocoPhillips in Malaysia. The estimated value of the contract was around $8 million.

Under the contract, ConocoPhillips was to use the 2015-built, Gusto-designed, jack-up rig to drill up to three wells, with the start-up expected sometime in the first half of 2021.

According to Reuters, the rig was about to drill on a 300,000-acre block where ConocoPhillips is the operator and holds a 50% stake, with Petronas holding the remaining 50%.