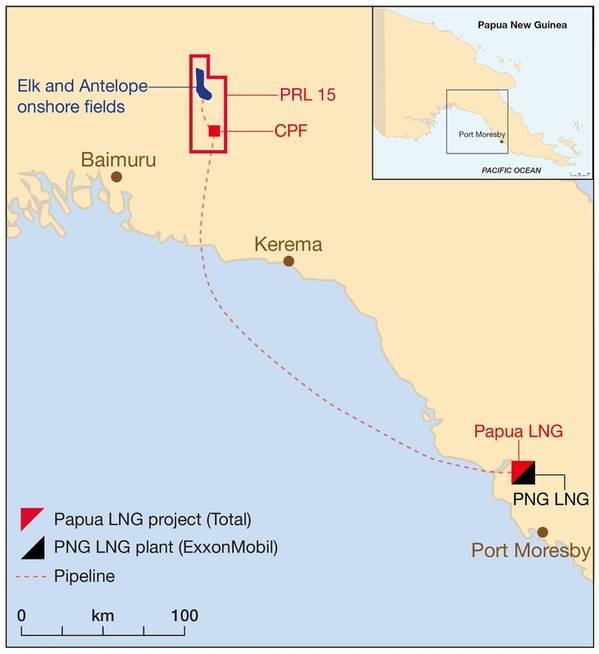 French energy group Total said it had agreed with the Papua New Guinea government to proceed with a liquefied natural gas (LNG) project in the country, which had been delayed due to the pandemic, with a final investment decision due in 2023.

Total added in a statement on Wednesday that it would re-mobilize teams involved in the project.

"I am honored to welcome the Deputy Prime Minister of Papua New Guinea in our head-offices in Paris to review the Papua LNG implementation plan. This is indeed a very strong signal of the dedication of the PNG government to the success of this key project," said Total Chairman and CEO Patrick Pouyanne.

Total and its partners ExxonMobil Corp and Oil Search Ltd had initially planned to develop Papua LNG in tandem with an expansion of Exxon's PNG LNG in a $13 billion project adding three new production units at the PNG LNG plant, to help save billions of dollars.

However, Exxon has not agreed to terms sought by the Papua New Guinea government for the P'nyang gas development that was going to help feed the expansion, as Papua New Guinea Prime Minister James Marape pushed for bigger benefits for the country from the deal.

Instead, Total's Papua LNG project will go ahead with two new production units to be built at the PNG LNG site, fed by the Elk Antelope gas fields, said Marape in February.