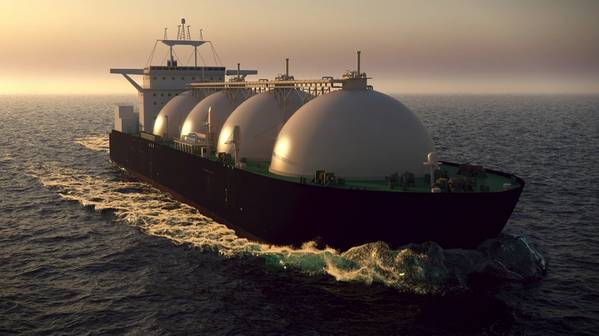 Liquefied natural gas (LNG) cargoes are being diverted away from ports in India as surging coronavirus cases there hamper domestic gas demand, trade and shipping sources said on Monday.

Six LNG tankers diverted away from India since April 20, changing the destination to northeast Asia, Europe and Kuwait instead, said Rebecca Chia, an analyst with data intelligence firm Kpler.

Further diversions and reduction in shipments to India are expected this week, trade sources told Reuters, although one source said that companies are adopting a wait-and-see approach to see how extensive the lockdowns will be.

Gas demand has taken a hit from some sectors due to lockdowns imposed in several parts of the country, they added.

India on Monday reported more than 300,000 new coronavirus cases for a twelfth straight day to take its overall caseload to just shy of 20 million, as scientists predicted a peak in infections in the coming days.

At least 11 states and union territories have imposed some form of restrictions to try and stem infections, but Prime Minister Narendra Modi's government is reluctant to impose a national lockdown, concerned about the economic impact.

"Gas demand from city-gas distribution such as transport and commercial sectors is down, and gas-based power demand is not much as spot prices have not come down to acceptable levels," a source based in India said.

India's LNG imports dropped to about 1.86 to 2 million tonnes in April, down 11 to 14% from March's 2.16 to 2.21 million tonnes, according to shiptracking data from Refinitiv Eikon and Kpler.

This is still well above the 1.43 to 1.48 million tonnes of LNG imports seen into the country in April, last year after India's gas demand was hit by a nationwide lockdown.