'There is hardly any gas': LNG Price Rally Exacerbates Gas Crunch in Asia 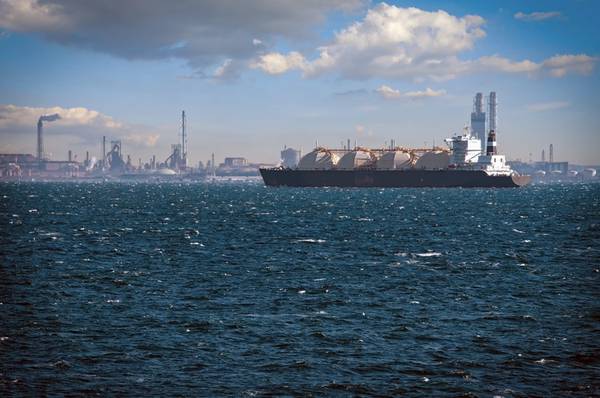 Surging spot prices for liquefied natural gas (LNG) are exacerbating a gas supply crunch in key fast-growing emerging markets in Asia just as a cold spell in other parts of the region boosts demand for the fuel.

Companies from Pakistan to China have canceled a flurry of LNG tenders this week, several trade sources said, as lofty prices risk pushing up the input costs of industries, which could make energy more expensive for consumers.

Benchmark Asia spot LNG prices have soared sevenfold since May to six-year highs, driven by production losses in Australia, Malaysia, Norway, and Qatar combined with accelerating use in China, India, and elsewhere.

"Buyers with no alternatives are now paying top-dollar for prompt cargoes in January," said Chong Zhi Xin, a director at consultancy IHS Markit.

The state buyer for Pakistan - one of the fastest-growing LNG markets - did not award an emergency tender seeking three cargoes for delivery in January after it received high prices, according to sources.

Power plants may opt to burn dirtier but cheaper fuel oil instead, the sources said, but are also facing rising prices in that market.

"We don't have gas for cooking until (the) afternoon during the winter season. There is hardly any gas. I can't even boil water, let alone cook food," said Sumi Akter, a mother of two in the capital, Dhaka.

Bangladesh has only imported one spot cargo this winter despite issuing several tenders over the past few months, a senior energy ministry official said.

"We have started importing from the spot market but the effort was not successful because of the abnormally high prices," the official added.

Buyers in China, the world's second-largest LNG importer after Japan, are also feeling the pinch, with one steel trader reporting a rise of around 2% in billet prices in steelmaking hub Tangshan, due to the rise of natural gas prices. Steel mills use natural gas to fuel their furnace for production.

Higher prices combined with a gas supply crunch have seen operations at liquefaction plants in some areas in northern China being cut by 20% to 40%, sources added.

Top LNG importer Japan's spot power prices have also surged to their highest since July 2018 as cold weather has driven demand for heating.

"The LNG prices have reached a point where I don't think it's viable for some price-sensitive buyers," a Singapore-based LNG trader said.

"It's really the perfect storm, and the fundamentals have supported the price rally," said Robert Sims, research director at Wood Mackenzie.