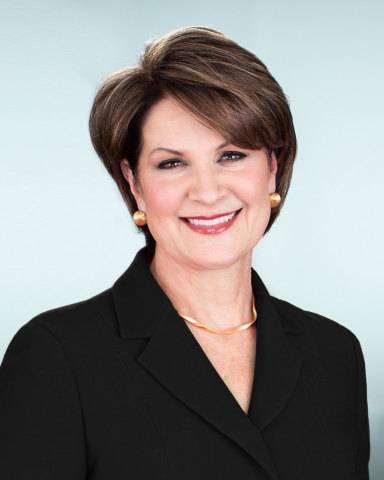 Marillyn A. Hewson, until recently CEO of aerospace and defense firm Lockheed Martin, has been elected to Chevron’s board of directors, effective on January 1, 2021. She will serve on the Audit Committee of the Board.

“It’s truly an honor to welcome Marillyn to Chevron’s board,” said Chevron Chairman and CEO Michael Wirth. “Marillyn is one of the world’s most accomplished business leaders. She brings valuable global business experience as well as decades of perspective on international commerce and geopolitics to our board, and will make our company better.”

Hewson joined Lockheed Martin more than 35 years ago as an industrial engineer. During her career, she has held leadership positions across the corporation.

She currently serves on the board of directors of Johnson & Johnson, the Congressional Medal of Honor Foundation, the Board of Governors of the USO, and as chair of the Catalyst Board of Directors.

Williams, 52, succeeds Dale Walsh who is retiring after 38 years of service. Williams, currently managing director of Chevron Australia and head of the Australasia business unit, will oversee government affairs, public affairs, social investment and performance, and the company’s worldwide efforts to protect and enhance its reputation. He will report to Chevron Chairman and CEO Michael Wirth.

“Al’s career with Chevron has featured multiple international assignments as well as responsibility for some of our most important U.S.-based operations in all three segments of Chevron’s business – Upstream, Midstream and Downstream,” said Wirth. “He brings deep knowledge of our business, global perspective and is a proven leader. Al will be a valued addition to our leadership team at a time of increasing regulatory, social and political complexity for all our businesses.”

“Over the course of his career at Unocal and Chevron, Paul has a track record of achievement, establishing himself as an expert in his discipline and a proven leader,” Wirth said. “Sandy has led our tax function with a high degree of professionalism and integrity for the last decade. He is a recognized leader across the tax industry and leaves a strong legacy of accomplishment and business partnership.”