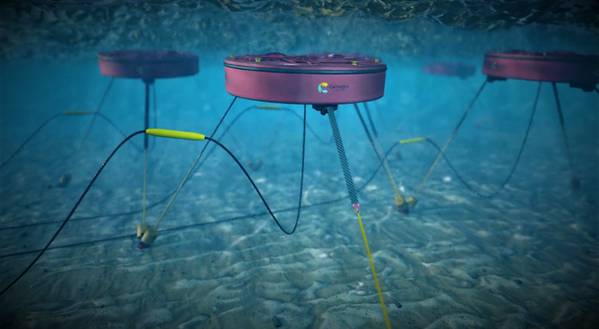 Carnegie and Oceantera - which is a joint venture between UK's Aquatera and Singapore's OceanPixel - will cooperate and share knowledge on wave energy markets, markets, customer requirements, and the CETO technology.

Per Carnegie, CETO is a fully submerged, point absorber type wave energy technology. A submerged buoy sits a few meters below the surface of the ocean and moves with the ocean’s waves. This orbital motion drives a power take-off (PTO) system that converts this motion into electricity.

They've also committed to exploring collaborative opportunities to use Carnegie's Garden Island Microgrid with a view to supporting the development of the wave energy industry.

"This MOU formalizes discussions ongoing between the two parties over the past year including a visit by one of Oceantera’s Directors to Carnegie’s Rous Head research facility and Garden Island Microgrid [in Western Australia] in 2019," Carnegie said.

The Garden Island Microgrid is an integrated renewable microgrid project including a connection to Carnegie’s wave energy site directly offshore from the island. The 2 MW of solar and associated battery systems provide energy to Australia’s largest naval base.