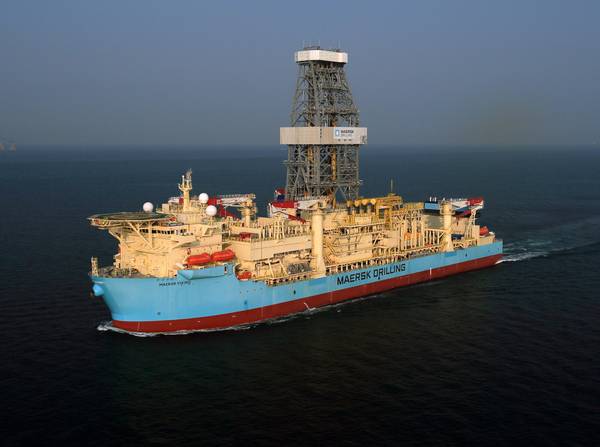 Danish offshore drilling firm Maersk Drilling has secured a drilling contract for its Maersk Viking drillship with Shell in Brunei.

The contract is expected to begin in March 2021, with an estimated duration of 35 days. The firm contract value is approximately $9 million, including additional services provided and a mobilization fee. Bassoe Offshore has estimated the dayrate for the rig to be around $200000.

Shell will have an option to extend the contract for another well.

Morten Kelstrup, COO, Maersk Drilling: “We’re happy to get this opportunity to add further to our great relationship with BSP. Our jack-up rig Maersk Convincer has been operating offshore Brunei Darussalam for several years now, and our performance has been recognized by Shell as Jack-up of the Year in both 2018 and 2019.

"I’m certain that Maersk Viking with its high-spec capabilities in combination with our fantastic crew will add even more value to our strong collaboration with BSP."

Maersk Viking is an ultra-deepwater drillship delivered in 2013. It is currently warm-stacked in Johor, Malaysia after completing a drilling campaign in the Bay of Bengal earlier this year.

The drillship, which has a maximum drilling depth of 12,0000 meters, was used by South Korea's Posco International early in 2020, helping the firm make a gas discovery at the Mahar well offshore Myanmar.

Worth noting, this is Maersk Drilling's second rig contract announced in the past week. Last Thursday, Maersk Drilling that Petrogas E&P Netherlands had hired its jack-up rig Maersk Resilient to drill three wells in the Dutch sector of the North Sea. Read more here.