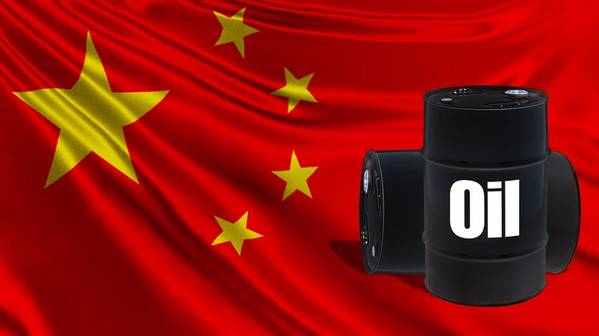 China's imports of crude oil slipped as expected in October, but while a 12.2% drop appears significant, the actual state of demand was probably even weaker.

This was down from 11.8 million bpd in September, and was also the first month in the past six where imports were below 11 million bpd.

It's no secret the intake over May to September, China's five strongest-ever months of crude imports, was the result of a massive volume of oil bought by refiners during a brief price war in April between top exporters Saudi Arabia and Russia.

What took somewhat longer to resolve was the queue of tankers outside China's ports waiting to discharge all the crude bought as benchmark Brent crude futures dropped to their lowest in 17 years.

It's this line of vessels that made October's decline from September seem less than what it was, with last month's import volumes sustained by barrels that had been parked offshore for weeks, and in some cases months, waiting to offload.

About 2.5 million tonnes of crude, or 588,000 bpd, that had been waiting offshore was unloaded in October, according to data from Refinitiv Oil Research.

This was "extra" crude that was bought during the price war but has been forced to wait to discharge.

If this crude is subtracted from October's total imports, it means only 9.43 million bpd was what could be described as newly-ordered crude.

There is also little doubt China's refineries are awash with stored crude given the volumes purchased during the price war.

China doesn't provide data for commercial and strategic oil stockpiles, but an estimate can be made by subtracting the amount of crude processed by refineries from the total amount of oil available from both imports and domestic production.

OCTOBER TO SET THE PATTERN?

In some ways, the decline in October crude imports is a preview of what may be likely in coming months as Chinese refiners hold back on purchasing additional crude and use up excess inventories.

If flows into commercial and strategic storages moderate back to what may be termed the more normal levels of 2019, then imports should drop by around 900,000 bpd from the peak levels seen in the May to September period.

This implies ongoing crude imports around the 10 million to 10.8 million bpd level.

Refinitiv estimates that October-loading barrels heading to China are around 8.26 million bpd, down from the second-quarter average of 11.9 million bpd.

These figures are for seaborne imports only, and exclude the pipeline flows from neighbouring countries such as Russia and those in central Asia.

October-loading barrels are likely to arrive mainly in November, suggesting that imports in the current month will continue to moderate.

There are still some spillover cargoes from the price war waiting to unload in November, but Refinitiv data estimates that this is down to about 2 million tonnes, or 14.6 million barrels.

If these volumes are discharged in November, it could boost total imports and, similar to October, somewhat disguise just how much China's oil imports have declined since the huge boost from the price war.

The question for oil markets is how quickly China returns to what may be described as "normal" imports, meaning enough to meet demand and to fill refined fuel export quotas.

Another question is whether the excess crude that flowed into storage over May to September will remain in tanks as part of strategic reserves, or whether it will be consumed over time.