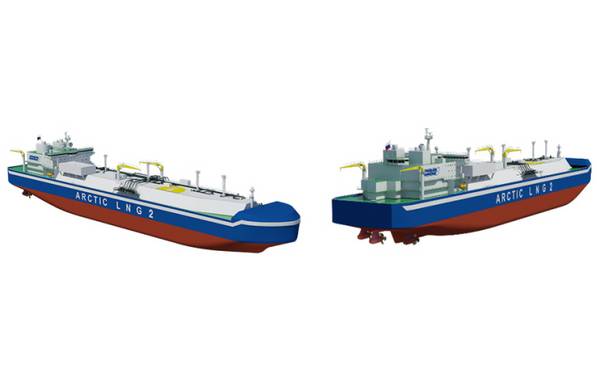 Japan's Mitsui OSK Lines Ltd (MOL) said on Monday it has signed a 30-year charter contract with the operator of the Arctic liquefied natural gas (LNG) 2 project, led by Novatek, for three ice-breaking carriers for the Russian project.

The three vessels will be built by South Korea's Daewoo Shipbuilding & Marine Engineering Co Ltd, costing about 90 billion yen ($859 million) in total, and are scheduled for delivery in 2023, MOL said.

The carriers will mainly transport LNG from a loading terminal on the Gydan Peninsula in the Russian Arctic to the floating LNG storage unit (FSU) to be installed at the transhipment terminals in Kamchatka and Murmansk via the Northern Sea route.

Unlike MOL's existing ice-breaking LNG carriers, which can only sail eastbound in the Northern Sea route during mostly summer and autumn when the ice is thin, the new vessels will have a narrower width, higher icebreaking capability, and increased propulsion engine output, which enable them to sail east via the Northern Sea route all year round. 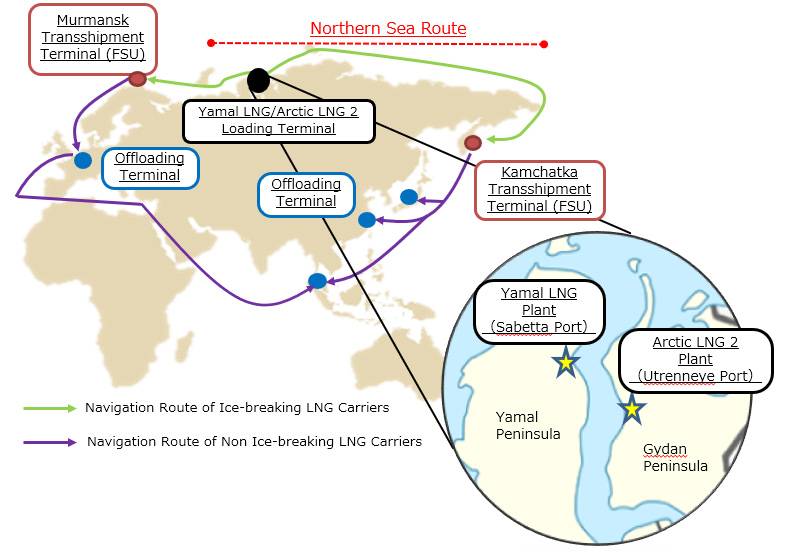 The eastbound transportation route will reduce the voyage's distance by about 65% compared to the westbound route via the Suez Canal for Asian destinations, helping to cut greenhouse gas emissions by vessels, it said in a statement.

MOL is in talks with another company to form a partnership for the charter deal to split the construction cost by half, a company spokesman said.

If agreed, MOL expects the 30-year contract will contribute about 80 billion yen ($764 million) to its recurring profit in total, he said.