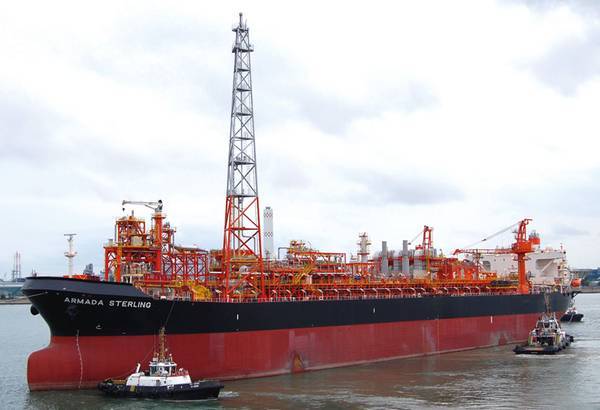 Malaysian offshore vessel operator Bumi Armada, has via its JV company with Shapoorji Pallonji, secured a ten-year charter for the Armada Sterling FPSO with the Indian oil giant ONGC.

Bumi Armada said Friday that under the contract Armada Sterling FPSO would operate in the ONGC D1 field located 200km off the west coast of Mumbai, India.

The charter is for a fixed 10-year period an annual option to extend the charter for up to 5 additional years. The fixed 10-year firm deal, effective September 25, 2020, has an estimated total value of $370 million (around RM1.54 billion).

The news of the ten-year deal comes six months after Bumi Armada said ONGC had plans to extend the contract for the FPSO.

Under the original contract signed on August 10, 2011, Armada Sterling FPSO was chartered by ONGC to operate in the ONGC D1 field located 200km off the west coast of Mumbai, India, until April 19, 2020. The first production from the FPSO started in March 2013.