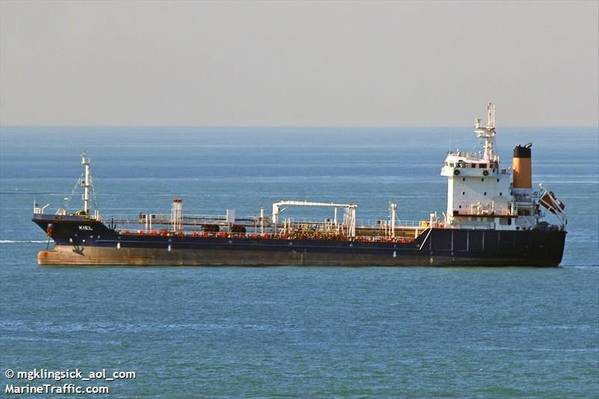 An Indian court has issued a second arrest warrant for a marine refueling tanker owned by troubled UAE oil trader GP Global after it failed to make payments to its ship manager, court documents showed.

On Sept. 10, the High Court of the western Indian state of Gujrat granted the vessel manager's, Singapore-based Celestial Ship Management Pte Ltd, a request to arrest the GP B3 bunker tanker for unpaid dues, according to the court documents seen by Reuters.

On the previous day, the same court granted a request by the National Bank of Fujairah (NBF) to arrest the same GP Global-owned bunker tanker after the oil trader defaulted on a loan payment.

Celestial, which offered technical management, crewing, and other services for the GP Global ship, said it was owed just over $600,000 in outstanding claims, interest, and court fees, the company told the court, according to the documents.

Among the registered directors of Celestial are Prachi Goel and Swati Goel, who are the spouses of the directors and shareholders of GP Global, Prerit Goel, and Manan Goel, respectively, according to Singapore company records.

GP Global, a supplier of marine fuels worldwide with offices in Europe, Asia and America, told Reuters in an email it would not be able to comment "since the matter is subjudice".

Reuters was unable to find contact details for Celestial.

Celestial "had made repeated requests for payment but the last such payment was received in April 2019 and no such payment has been received thereafter," the court said in the document.

Despite having agreed with the vessel's owner not to "commit their own funds" for the payment of expenses incurred by from the vendors that the ship's managers engaged, Celestial "was being chased by the vendors and due to the impeccable reputation of (Celestial), they had to make the payment as they were put in an embarrassing position", the company told the court.

In July, GP Global said that it had undertaken a financial restructuring exercise after it failed to "get full support from a few financial institutions" and denied rumors questioning the company's financial condition as "blatant lies".

Later in July, the UAE-based trader said that an internal investigation had uncovered fraud within the company and it had filed criminal complaints against some of its employees.

(Reporting by Roslan Khasawneh in Singapore, Abhirup Roy in Mumbai and Saeed Azhar in Dubai Editing by Robert Birsel)