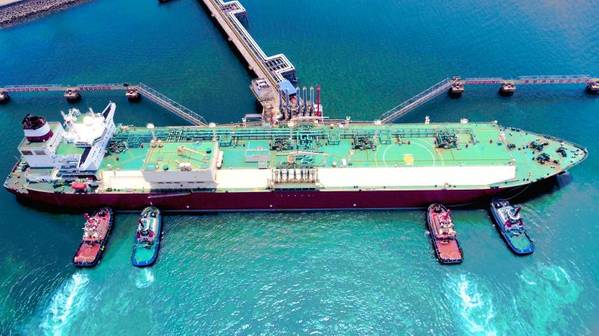 British oil major BP has signed a gas supply agreement with China's ENN Group (ENN) for the supply of 300,000 tonnes per year of pipeline gas re-gasified from LNG for two years from January 1, 2021, in Guangdong, China.

The LNG will be received and re-gasified through the LNG receiving terminal of Guangdong Dapeng LNG Company Limited (GDLNG) where BP holds regasification capacity.

Dev Sanyal, executive vice president of BP gas & low carbon energy, said: “Our strategy is to integrate energy value chains and, with this transaction, we have created an innovative model that integrates upstream gas resources, transportation, and trading, into downstream markets in China. This is the first time an international energy company will re-gasify LNG through a Chinese terminal and also directly supply gas to customers.

We look forward to further cooperating with ENN and contributing to China’s ever-growing energy demand.” Wang Yusuo, chairman of ENN Group, said: “Today’s cooperation will enable ENN to provide better resources and services to our customers. It will also empower the energy industrial reform and development in China.

According to BP’s 2020 Statistical Review of World Energy, global natural gas consumption grew by 2% in 2019, with a 54 billion cubic meters increase in LNG exports.

The strong growth was boosted by China, where the country’s LNG imports rose by 11.3 billion cubic meters, making it the biggest increase in a single country.

“As China progresses the coal to gas switch and advances the energy transition, BP is committed to being a trusted and valued partner, bringing smart and low carbon solutions to contribute to a net zero future,” added Simon Yang, BP China president and BP senior vice president, regions, cities & solutions for China.

To date, BP is the first international energy company to invest in an operating LNG terminal in China. GDLNG, which BP has a 30% stake in, is China’s first pilot LNG import and regasification terminal. Dongguan ENN is an important customer of GDLNG, cooperating more than ten years.

For the past decade, GDLNG has delivered approximately 50% of the accumulative gas consumption to its customers in the Guangdong region, making it one of the most utilized terminals in China.