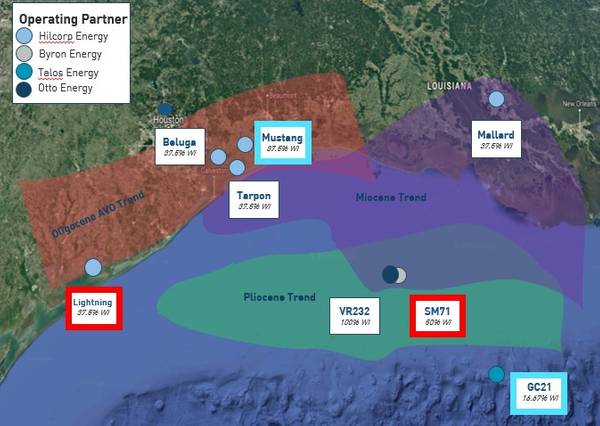 Oil and gas company Otto Energy has said that Matthew Allen will step down as Chief Executive Officer and from the Board as Managing Director effective immediately by mutual agreement following the completion of his two-year assignment to Houston.

Allen was appointed Chief Executive Officer in February 2014 and Managing Director in June 2015. He joined Otto Energy in 2009 as Chief Financial Officer.

Prior to joining Otto,  Allen worked for Woodside Energy for over 8 years in leadership roles in a number of Woodside business units, including within Woodside’s overseas businesses in Africa.

Allen has agreed to remain with Otto Energy as a senior advisor for a period of six months to assist with the leadership transition to a new successor.

Australia-headquartered Otto Energy, with exploration and production assets in the U.S. Gulf of Mexico and Texas, said it has started the process of finding a suitable replacement to be located in the company’s office in Houston USA.

"It is intended that Mr. Allen’s successor will be a US oil and gas executive with extensive experience in the Gulf of Mexico," the ASX-listed Otto Energy said.

Otto Chairman John Jetter said: “After a successful 11-year tenure with Otto, Mr. Allen’s leadership of the Group has seen the Company transition to a successful production Company in the Gulf of Mexico. Mr Allen and his family relocated to Houston for two years to assist with building out the Company’s presence in the US. We would like to thank Mr. Allen for his significant contributions and guidance of the Company through a difficult period in our industry and wish him well in his future endeavors.”

"We have begun the search for Matthew’s replacement and there will be no interruption to Otto’s operations. The Board and management remain focused on maximizing cash generation in the current environment, successfully bringing our GC 21 project online and preserving value for our shareholders.”

Otto in August 2019 announced that the GC 21 “Bulleit” well in the U.S. Gulf of Mexico, operated by Talos Energy,  had been completed and had struck oil. The plan is to tie back the well the Talos operated Green Canyon 18 (GC 18A) Platform approximately 10 miles (~16 km) west of the "Bulleit" well. Otto has previously said that the first oil from the well could be expected in late Q3 2020.